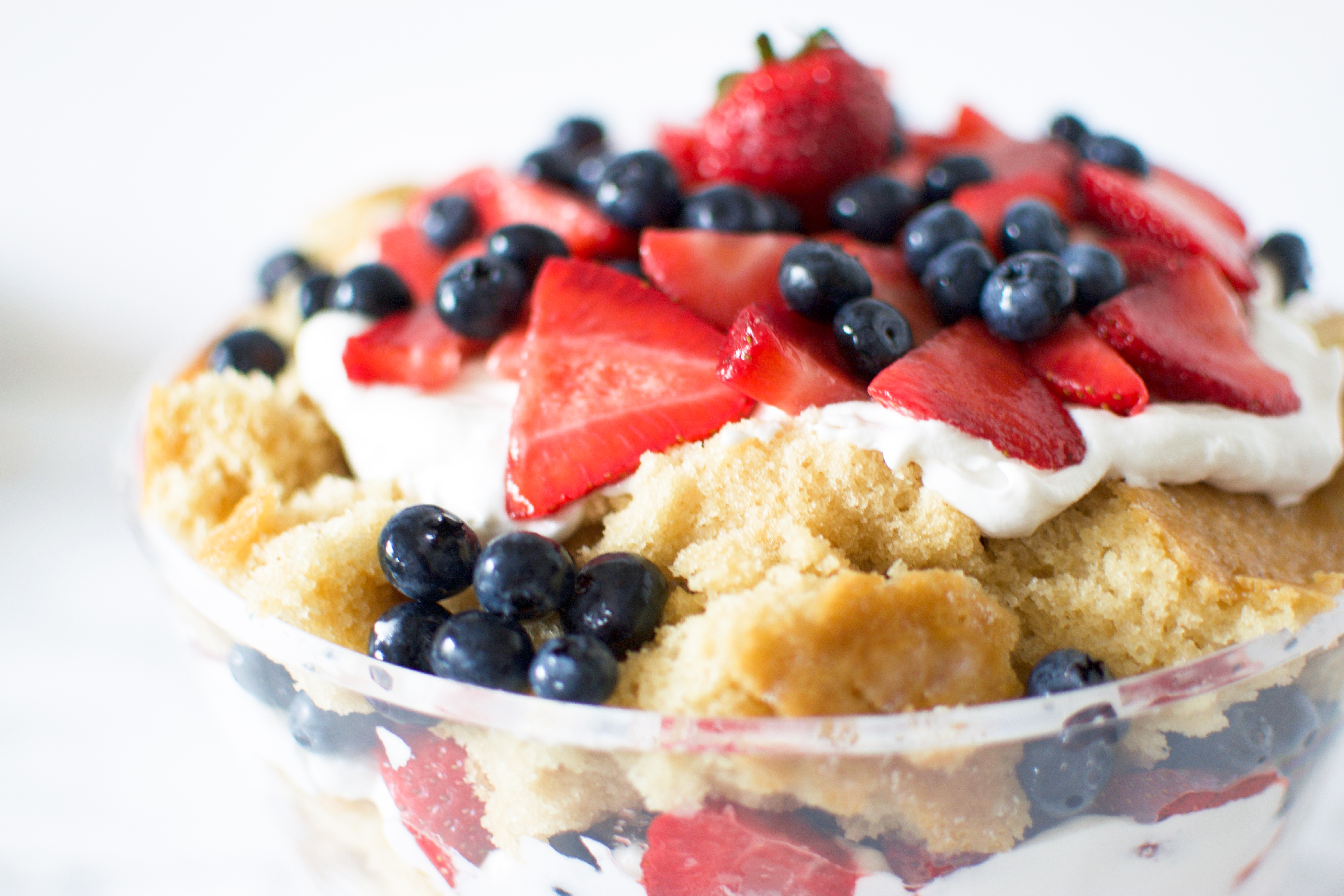 Y’all. This Vegan Berry Trifle Cake is one of the best desserts I’ve ever made. During a recent work retreat, we were all tasked with sharing our favorite summer foods. I of course mentioned my favorite- grilled corn topped with (vegan) butter, sprinkled with salt and pepper. Because obviously, there’s nothing better. Someone else mentioned their family’s favorite berry trifle cake and I was intrigued. Mainly because I’d never had one before. In fact, I’m not even sure if I’d heard of it before this day. I started digging and doing some research on them and I knew I had to make a version of my own. That’s how this recipe came along!

For me, the most important part is the cake itself. The cake is clearly the foundation here, so it’s hard to look past a sub-par cake. Lucky for you, this vanilla cake is anything but sub-par. My favorite way to describe it is magical. It’s soft, spongy, and buttery. So, so, so good. I don’t know how I’ve been able to get through life without it to be perfectly honest.

The first time I made this cake, I flipped it out of the pan and half of it was still stuck in there. It sounds like a disaster, but it was the perfect excuse to snack on bits of the cake. I made a second one and this time I decided to line the pan with parchment paper so it wouldn’t get stuck. The parchment paper made removing the cake the second time around completely effortless! I definitely recommend using parchment paper when baking the cake. It also helped to keep the edges and bottom super soft all the way around.

While the cake is baking, you can keep busy by slicing up your fruit. Strawberries and blueberries are one of my favorite duos, so I decided to keep it simple and stick with these. If you’re into raspberries and blackberries, these might be a great addition too! Once the cake is done baking and has cooled, you can divide the cake into medium sized squares. Instead of using a knife, I decided to simply break them up by hand. I used the larger chunks to line most of the cake and used the smaller chunks from the “disaster cake” to fill in everywhere else. Because i was feeding a large crowd, I decided to make two of these.

Layering the cake is super easy. Chunks of cake on the bottom, a layer of coconut whip, then fresh berries. Repeat. I saved one whole strawberry for the top and voila! Done! Until I master how to make homemade coconut whip, store bought will just have to do! I’m not complaining though, it’s just one less step! I’ve been swooning over this cake since I made it. Yep, it’s LIKE THAT. My dad is already asking for a personal cake for himself and I’ve gotten at least three requests for this Vegan Berry Trifle Cake already! Give it a try and let me know what you think in the comments below! 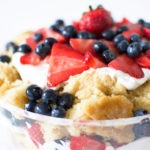 Note that the photos shown here reflect a doubled amount ingredients above.