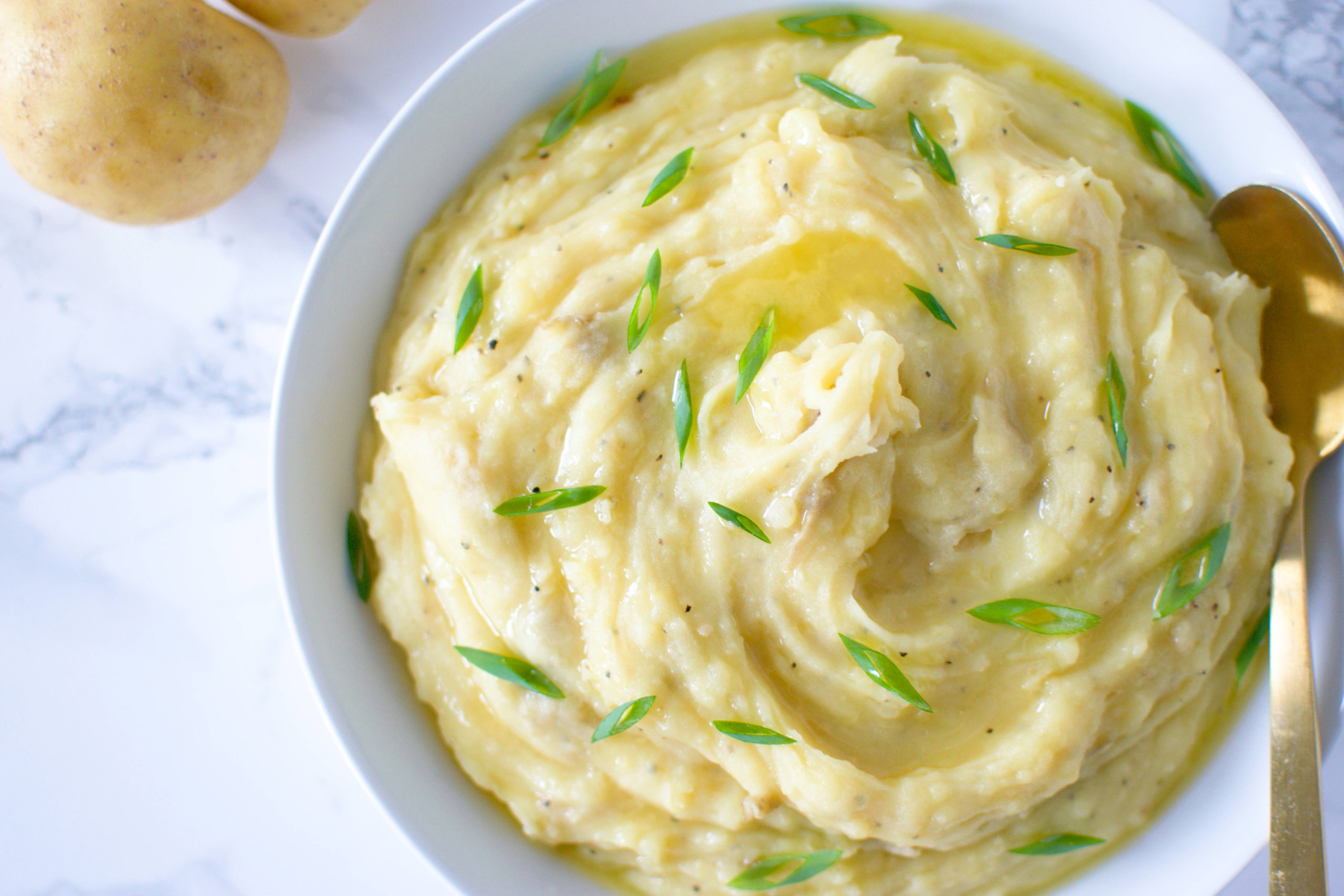 Adding sour cream to mashed potatoes definitely helps add to the creamy texture you see in the photos. In addition, I’ve added salt, pepper, garlic and vegan butter. When making these mashed potatoes, it’s important to use the right type of potatoes. For this recipe I used Yukon gold potatoes. I found them at Trader Joe’s, but I’m sure you can find them at your local grocery store. Yukon gold potatoes have a really creamy texture that most other potatoes don’t. Their texture plus the rest of the ingredients makes for the perfect side dish.

When I’ve made mashed potatoes in the past, I’ve boiled them on the stove. This time I wanted to speed up the process a bit, so I decided to use my instant pot. I simply placed them in the pressure cooker along with about 1/2 cup of water and set them on high. They were ready in just 22 minutes! This was definitely way faster than cooking them on the stove. They probably would have taken an hour (or more) to cook through had I opted for the stove method! Cooking them thoroughly is important to achieving the best texture.

Don’t have an instant pot? NO PROBLEM! You can still make these tasty mashed potatoes on the stove.

Pair These Mashed Potatoes With:

I know you’ll love these mashed potatoes! They’re so creamy, buttery and tasty! Give them a try and let me know what you think in the comments below! 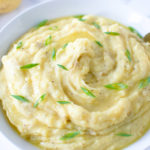