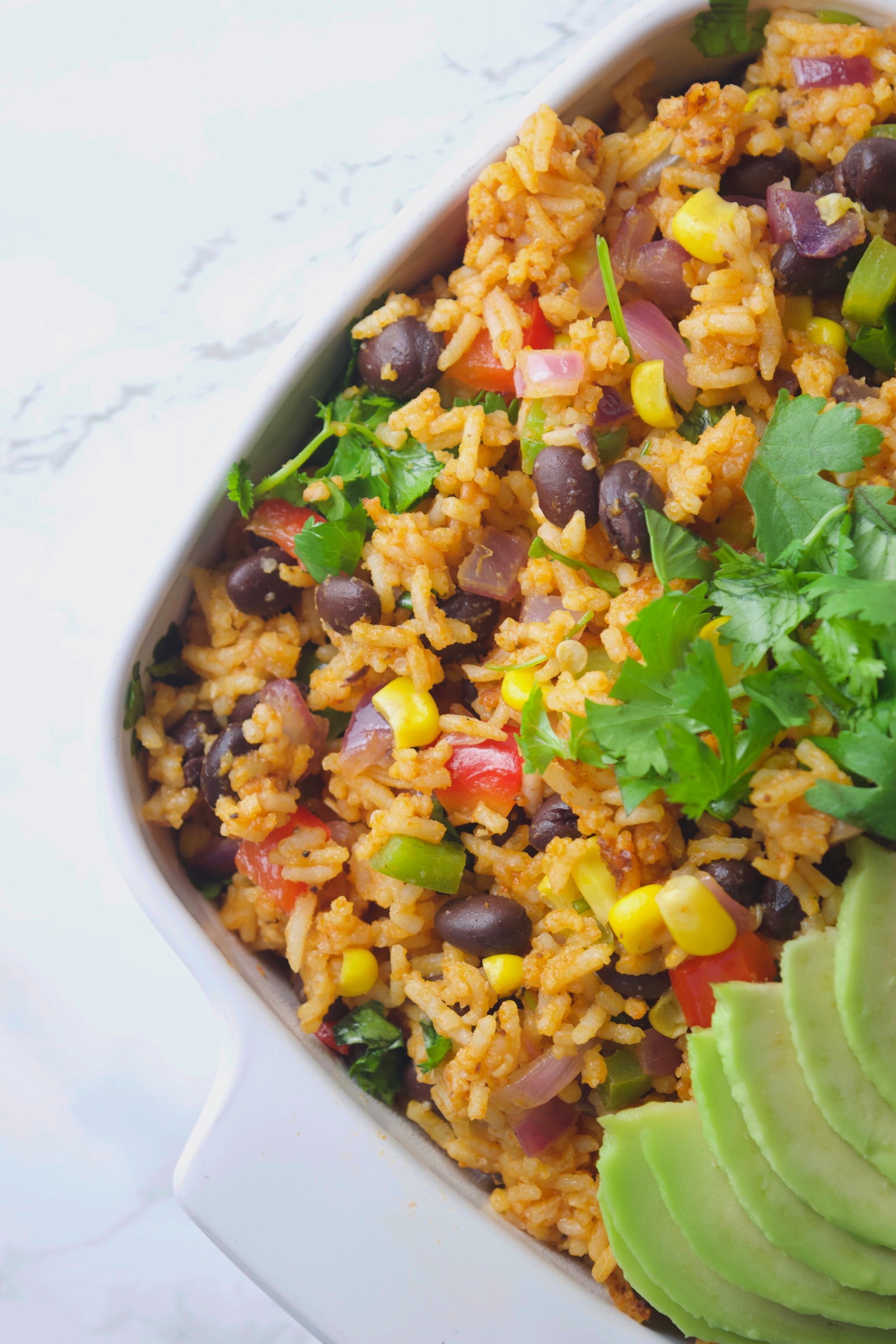 A few weeks ago I posted a simple Mexican rice recipe paired with re-fried beans. Mexican rice one of my favorite things to make and it makes for a great side! After posting the initial recipe, I wondered if it were possible to make this recipe into more of an entree, something that wouldn’t necessarily have to be a side dish. What goes well with rice? Beans! Black beans are my favorite and they compliment Mexican rice so well. In addition, I added in some of my favorite veggies like corn, green and red peppers, red onion, and cilantro for added flavor. 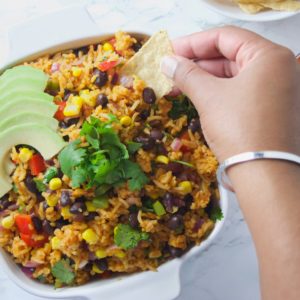 The first time I made this dish, it was a little underwhelming. I relied on the natural flavors to bring out the right taste, but it just wasn’t quite right. After a little experimenting, I decided that the best way to give this dish the flavor I wanted was to “season at every step.” I heard this phrase in some cooking video I watched recently and decided to implement this technique. I’m so glad it worked! I got the best results when I seasoned the sauteed veggies first (peppers and red onion). Then added in the corn and black beans and added more seasoning to the mix.

My husband had something else in mind for dinner the first time I made this dish, so I had it all to myself. This turned out to be a good thing because had he eaten the bland version the first time, he would have been reluctant to try it this time around. I’m always anxious to get feedback from him on new experiments. However, I’ve learned that the best thing to do is NOT ask what he thinks of the dish. If he likes something, he’ll tell me. If I have to pull a response out of him, he probably won’t be looking for seconds. It sounds easy, but it’s tough! After the first bite, I’m trying my hardest not to stare him down in hopes of a response. I’m a mess, I know. 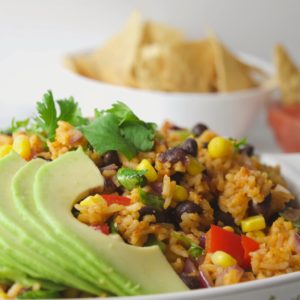 This recipe tastes great alone, wrapped in a tortilla, or even with tortilla chips. Trust me, you’ll be sneaking back in the kitchen for more. I’m having the leftovers for dinner tonight and I couldn’t be more excited! Try it and let me know what you think in the comments below!