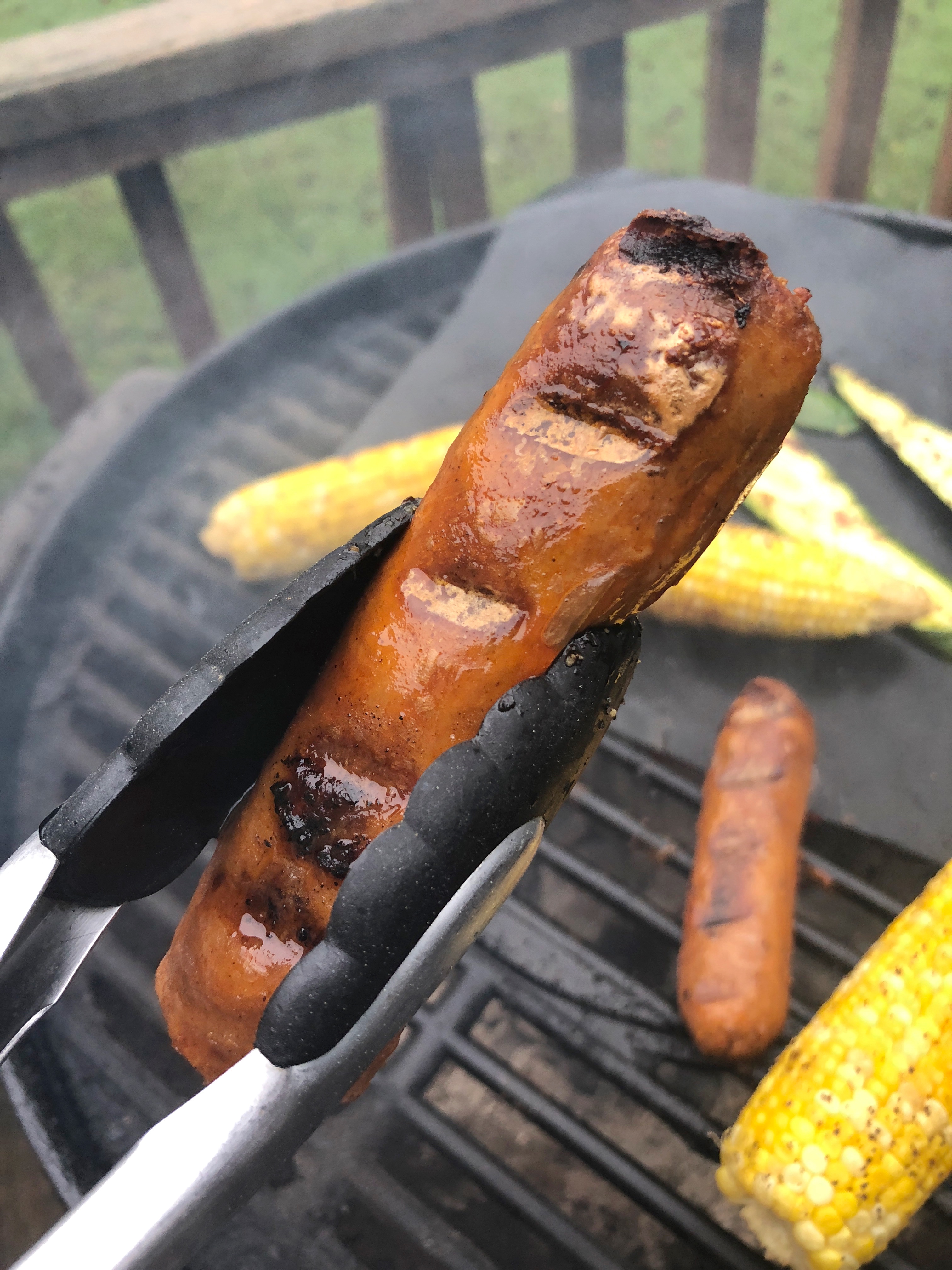 Last summer I did a review on the Beyond Meat Burgers. They had just come out and everyone seemed to be going CRAZY over them. They were totally plant-based, vegan friendly and had been getting awesome reviews, so naturally I had to try them out for myself. I grilled them and they were amazing. They didn’t taste exactly like beef, but they were pretty dern close. They sure didn’t taste like vegetables either.

After the launch of the Beyond Meat Burger, there were rumblings that they would soon be releasing a sausage that was 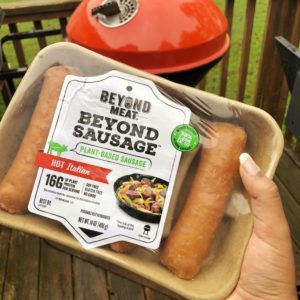 supposed to be just as good, if not better. I was skeptical that it could get much better than the burger, but I waited patiently until they launched to try them out for myself.

A few months ago they were FINALLY in my city! As a matter of fact, they were at the Whole Foods around the corner from my job. TOO convenient! As much as I wanted to, I resisted the urge to jet over to the store in search of them. My husband and I were preparing to leave the country for two months and we were on a strict budget. But the moment I came back, you could guess where one of my first stops was… Here’s what makes them so cool:

My first experience with the Beyond Meat Sausages was in my breakfast taquito creation. I needed a “meaty” component to give it some texture and these sausages fit the bill. I mixed them in with my tofu scramble, then wrapped them up in a tortilla. DELISH! This was a great first experience, but I knew I needed to try them on its own.

It was Labor Day weekend, which means that a grilling session is more than necessary. In addition to the Sweet Italian sausages, I prepared 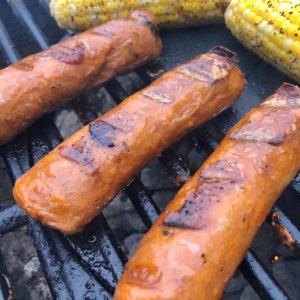 some veggie skewers as a side. The recommended cooking time was 6 minutes, but after the 6 minutes had passed, mine didn’t seem to be done, nor did they have grill marks on them (aesthetics are important, right?!) so I kept them on the grill a bit longer. I did notice that after a while on the grill, the casing started to split, but no big deal. After about 15-17 minutes, they were ready to be taken off! Keep in mind, the cooking time will depend a lot on the amount of heat being given off or the positioning of the sausages on the grill. It may also depend on the type of grill being used as well (charcoal vs. gas). 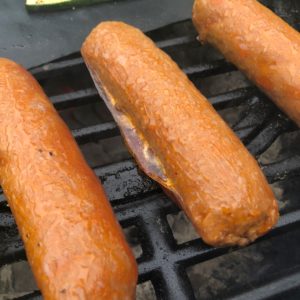 In addition to the veggie skewers, I also prepared some caramelized onions and sautéed peppers to top the sausages with. I also used dijon mustard to give them a little kick. It was delicious! The texture was just right and very consistent with that of pork. The seasoning and natural flavor was divine. I ate each bite in complete and utter disbelief. I was shocked and amazed. These sausages are EVERYTHING! A total win and highlight of the evening!

The second time I made them, the cooking time was consistent with the first. This time I was making the Hot Italian. The flavor was once again, spot on! I topped it with caramelized onions, sautéed green peppers, jalapeños, vegan cheese, and of course dijon mustard. Every bite was complete bliss. I still couldn’t believe that it wasn’t real meat! I don’t know what kind of voodoo they’re cooking up over there at the Beyond Meat headquarters, but I’m here for it and I can’t wait to see what they’ll come up with next! Can it get any better than this?

Not a vegan? I’m surrounded by carnivores! If you’re wondering what a meat eater thinks, these Beyond Meat Sausages won over my dad and husband. I was honestly a little upset that they liked them because I didn’t want to share. Nope, not even one bite. I’m usually really excited to share delicious vegan finds with my non-vegan friends and fam, but I was completely selfish with this one. ALL MINE! 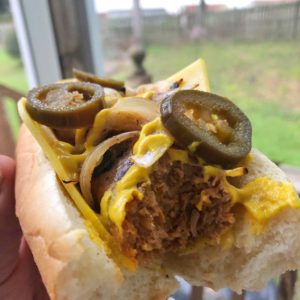 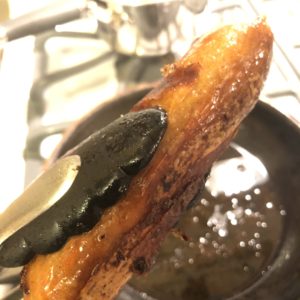 When I tried the Beyond Meat Burgers, I remember also preparing them on the stove (instead of the grill). The stove version was okay, but the grilled version was distinctly different tasting (and smelling). For this reason, I decided to also cook one of the sausages on the stove just to see if I would have a similar experience. Well the good news is, they taste pretty good on the stove. Unlike the burgers, I don’t think the sausages have a distinctive smell. I will say however, the grilled ones stole the show. But if you’re in a pinch or simply don’t have access to a grill, the stove top will work just fine.

Here are a few takeaways and notes:

In short, these Beyond Meat Sausages are amazing and I’m convinced that veganism IS THE FUTURE! Bless the geniuses that came up with these! Do you plan to try them? If you have already, what did you think? If not, what’s holding you back? Let me know in the comments!