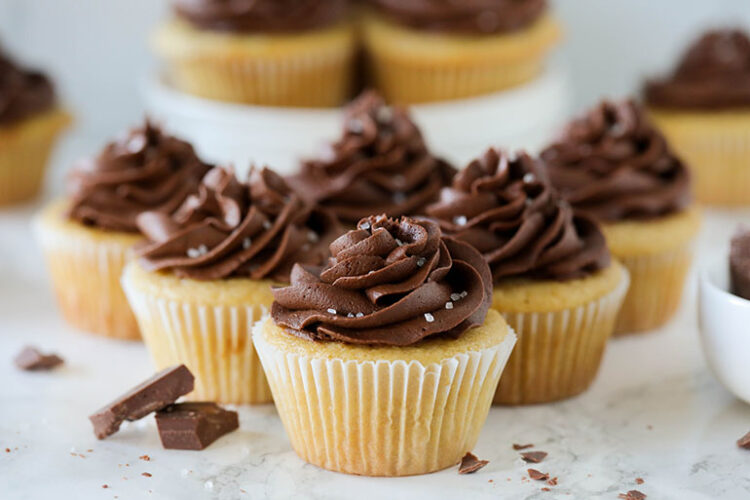 What’s more classic than Vegan Yellow Cupcakes with Chocolate Frosting? I’ve never been a big chocolate fan, but I can never resist one of these bad boys. I mean just look at them!

Wondering what yellow cake tastes like? It tastes just like vanilla with a little extra color! I topped mine with chocolate frosting for the nostalgia, but you could use a vanilla frosting or any other favorites. Since the flavor is pretty neutral, it pairs nicely with a variety of frosting options.

How to Make Vegan Yellow Cupcakes with Chocolate Frosting

Lucky for you, these Vegan Yellow Cupcakes with Chocolate Frosting are really easy to make! The entire recipe (including the chocolate frosting) only requires 9 ingredients! You’ll want to start by mixing together the unsweetened almond milk and apple cider vinegar to create the vegan buttermilk. This will help make your cake nice and moist! Once these two ingredients have been combined, set them aside.

Once the batter has smoothed out, evenly disperse the batter amongst a muffin pan lined with cupcake liners and bake the cupcakes for 20-23 minutes or until done. If you would like to check to see if the cupcakes are done, you can gently press down on them with your finger. If it bounces back up, they’re done. If there’s an indention, allow them to continue baking for a few more minutes.

Alternatively, you can insert a toothpick into the center of one of the cupcakes. If it comes out clean, the cupcakes are done. If there’s residue on the toothpick, continue to let them bake.

How to Make Vegan Chocolate Frosting:

Making this vegan chocolate frosting is super simple. In a large bowl, add your softened vegan butter and beat it with a hand mixer until it appears whipped. Add the cocoa powder, organic powdered sugar and vanilla extract. Beat the mixture until well combined, adding in the unsweetened almond milk as needed until the frosting has reached the desired consistency.

Once your cupcakes have cooled completely it’s time to frost them! You can frost your vegan yellow cupcakes with chocolate frosting by hand, simply using a butter knife or you can use a bag and tip.

How to Store Vegan Yellow Cupcakes with Chocolate Frosting

You can store these Vegan Yellow Cupcakes with Chocolate Frosting in an airtight container for 3-5 days or in the fridge for up to one week.

Can These Cupcakes Be Frozen?

Yes! You can freeze these cupcakes, but if you do I would recommend freezing them separately. Meaning freeze the cupcakes unfrosted and store the frosting in a separate container. They’ll likely be a lot prettier that way too since the frosting will be freshly applied and not smooshed 🙂

Can These Cupcakes Be Made Gluten Free?

Can The Frosting Be Made Ahead of Time?

Absolutely! You can make this frosting and put it in the fridge. When you’re ready to use it, set it on the counter and let it come to room temperature so that you’re able to spread it properly, as it is most likely a little on the hard side. Once room temperature, give it a good mix and you’re all set!

I love this recipe because it’s so versatile! It can be used for birthdays or even Valentine’s Day (coming up soon!). You can jazz them up by using vegan sprinkles, serve them plain or even salt (like I did) to accentuate the sweetness. If you do add salt, just sprinkle a little bit. Too much will ruin the flavor. Less is more and nobody wants salty cupcakes!

I know you’ll love these Easy Vegan Yellow Cupcakes with Chocolate Frosting! They’re easy to make, soft, moist and chocolatey. Give this recipe a try and let me know what you think in the comments below! 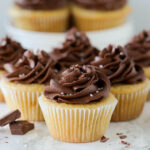 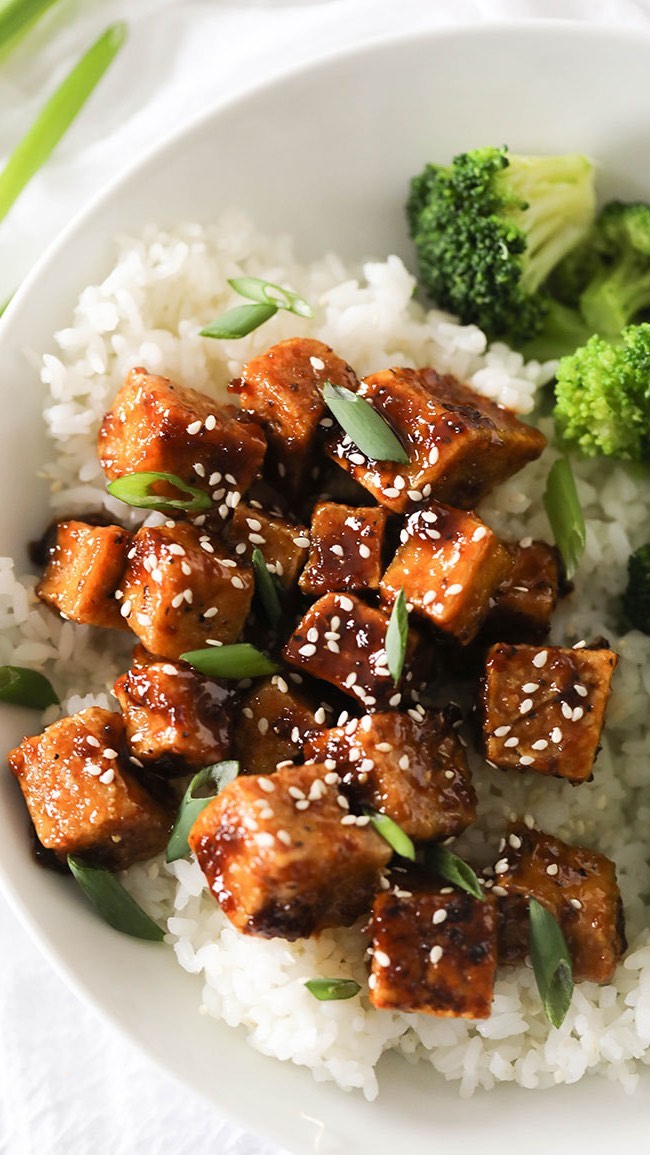 icanyoucanvegan
•
Follow
Fan of tofu or nah? If you hate tofu, try this Vegan Sticky Honey Butter Garlic Tofu recipe! You only need 8 ingredients! Takeout vibes activated!🙌🏾 ➡️ Tap “view shop” to get the ingredients for this recipe delivered to your house— first order is FREEEE!🤑 Hit the link in my bio for the full video + recipe! https://youtu.be/pH1qqec4hBI
View on Instagram |
1/9 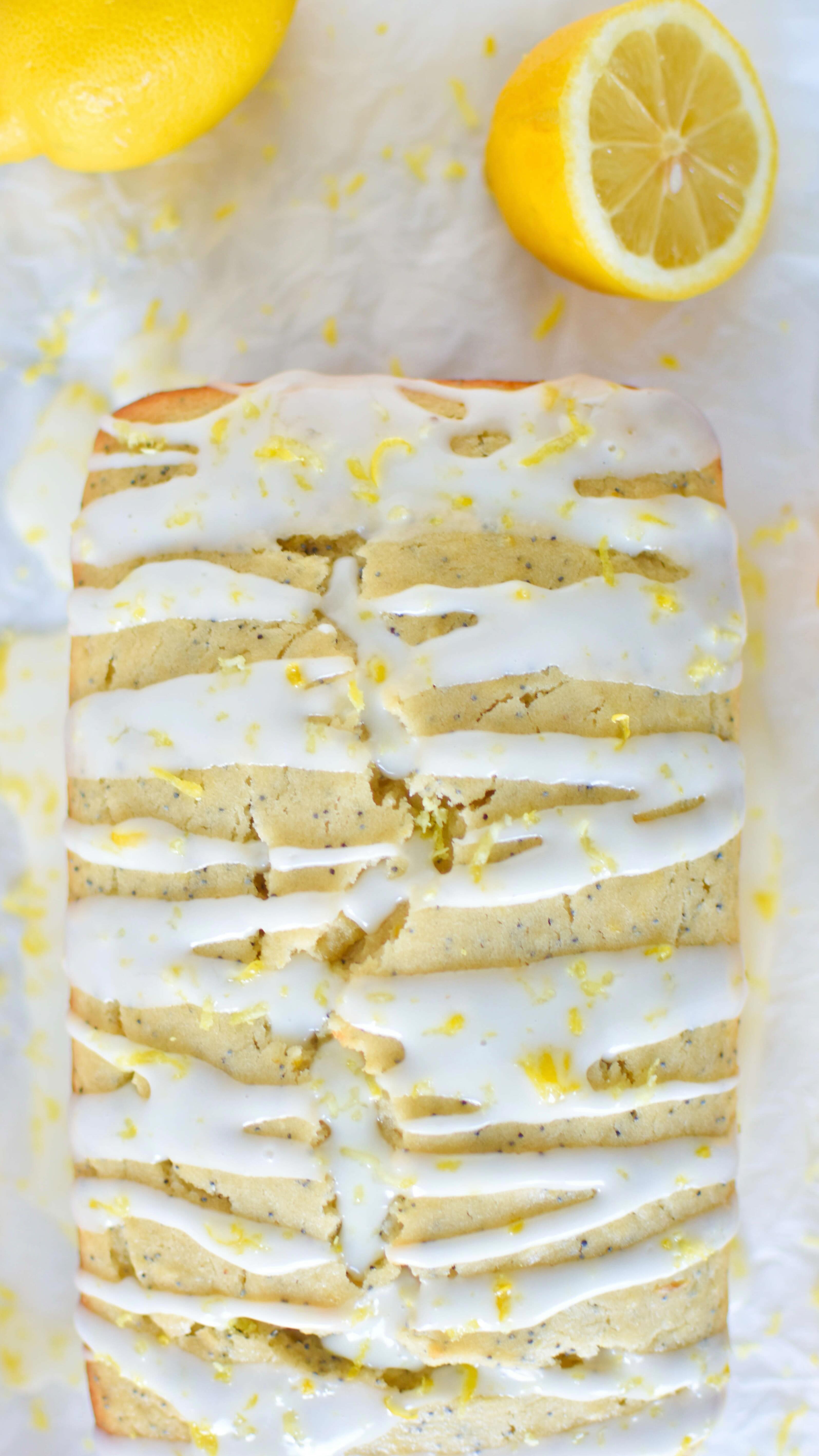 icanyoucanvegan
•
Follow
It’s a lemon poppyseed cake. What’s not to love?! 🍋 Lmk if you’re planning to try this recipe! ➡️ Tap “view shop” to get the ingredients for this recipe delivered to your house— first order is FREEEE!🤑 Full recipe on the blog. Link in bio! www.icanyoucanvegan.com/vegan-lemon-poppy-seed-cake/
View on Instagram |
2/9 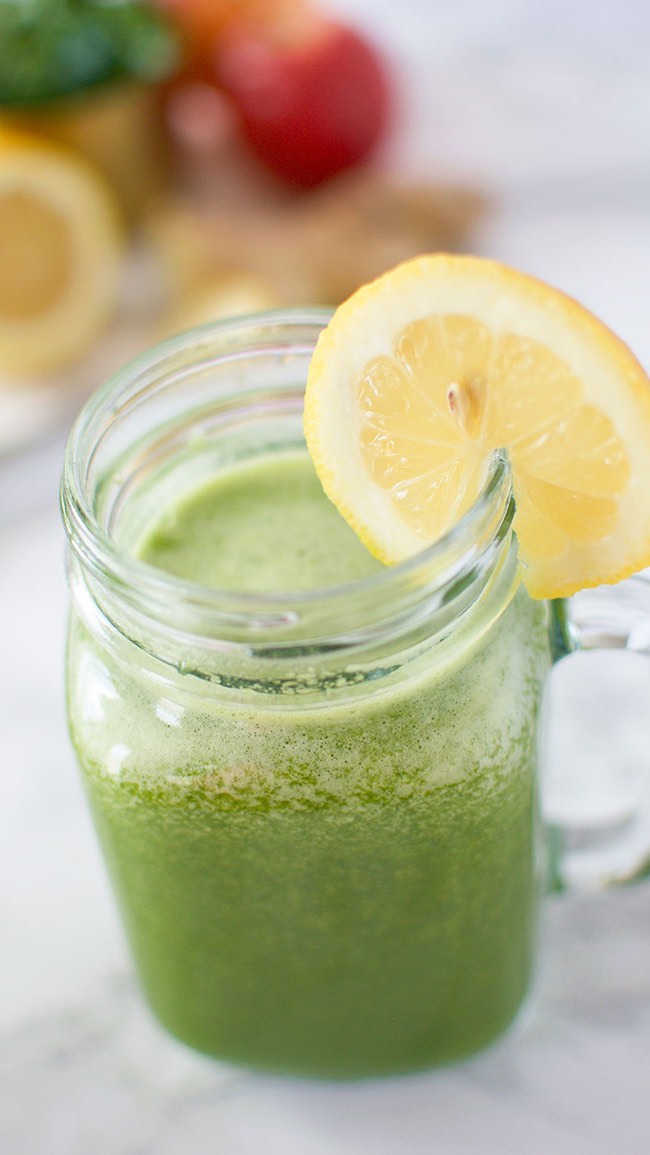 icanyoucanvegan
•
Follow
When’s the last time you had a green juice?👀 If it’s about that time, try this Sweet Kale juice. It does NOT taste like dirt🥳 ➡️ Tap “view shop” to get the ingredients for this recipe delivered to your house (first order is FREE!) Deets on the blog, link in bio! www.icanyoucanvegan.com/green-juice/
View on Instagram |
3/9 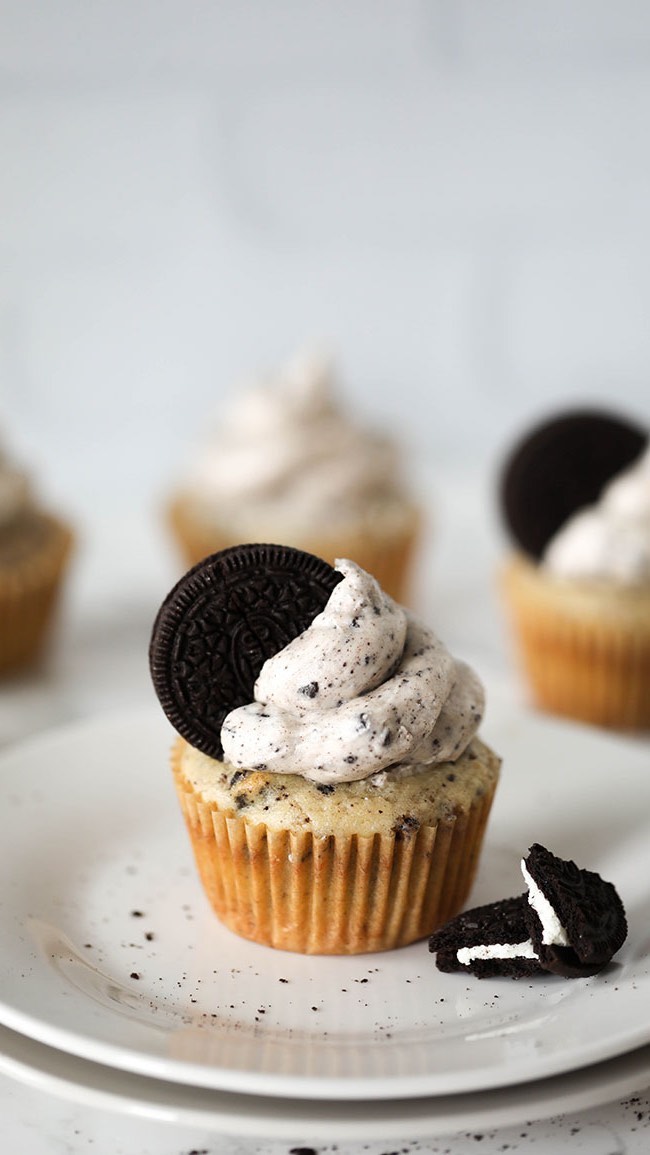 icanyoucanvegan
•
Follow
Fan of Oreos or nah? Well fan or not, you NEED to try these vegan Oreo cupcakes y’all! They are so good! Plus, you only need 10 ingredients!🙌🏾 Plan on trying them?! Lmk! ➡️ Tap “view shop” to get the ingredients for this recipe delivered to your house (first order is FREE!) Deets on the blog. Link in bio! www.icanyoucanvegan.com/easy-vegan-oreo-cupcakes/
View on Instagram |
4/9 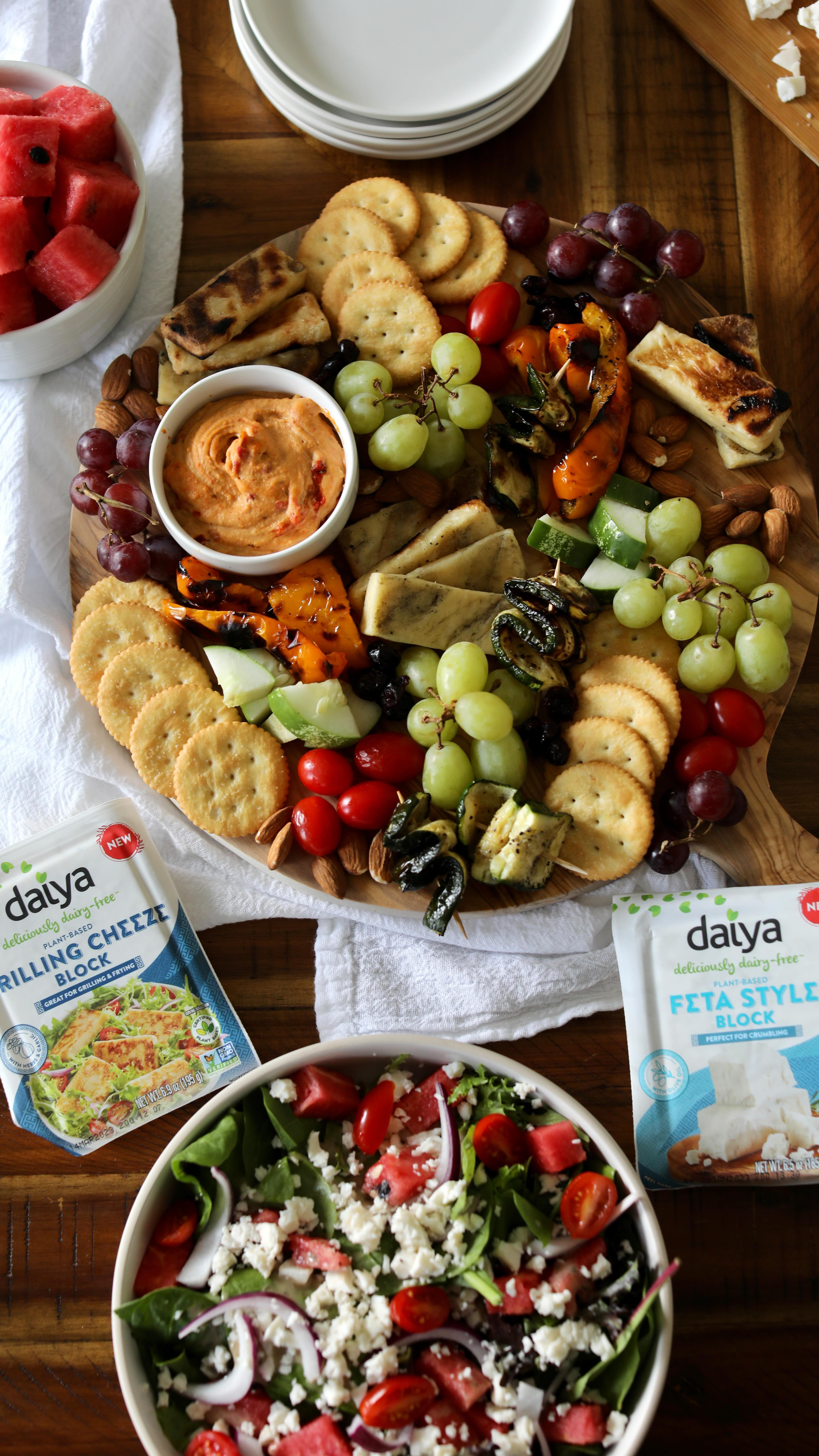 icanyoucanvegan
•
Follow
*CLOSED* Grilling season 🔥GIVEAWAY🔥, but make it e l e v a t e d.😏 [ad] I've been enjoying plant-based charcuterie boards and non-boring salads every chance I get so I was super excited to partner with @daiyafoods and use their new Grilling Cheeze and Feta Style Block to whip up something special! I love that their new #vegan cheese offerings are so easy to use and give me the taste I'm looking for whenever I'm in the mood for something cheesy! Got me over here feelin' so fancy!💁🏾‍♀️ I want you to be able to experience all this cheesy goodness too and to be able to BYOB (Bring Your Own Block!) to your next cookout so we're doing a GIVEAWAYYYY! 🥳🥳 THREE lucky winners will have the chance to win the ULTIMATE Plant-Based Summer Grill Pack! Enter to win a summertime supply of Daiya Cheeze + a Traeger Grill! How to enter: 🧀 Must be following @daiyafoods AND @icanyoucanvegan 🧀 Tag 2 friends in the comments below 🧀 Share this post to your stories for a BONUS entry! The winners will be announced in my stories on Monday, August 15 so be sure to enter NOWWWW! 🙌🏾
View on Instagram |
5/9 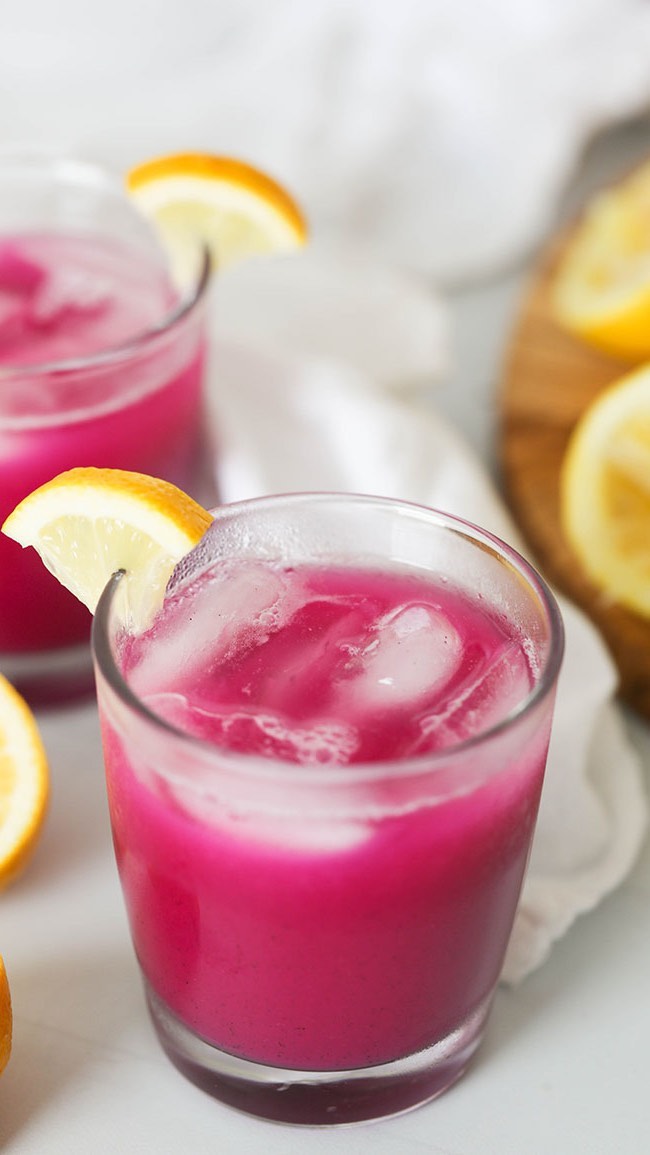 icanyoucanvegan
•
Follow
Have you ever tried Dragon Fruit? If not, let this be your introduction! This dragon fruit lemonade is soooooo refreshing and easy to make. Just need 3 ingredients! Lmk if you’re planning to try this recipe!🙋🏾‍♀️ P.S. there’s a new YouTube video on my channel in case you want to see how it’s done! Don’t forget to subscribe while you’re there!😉 ➡️ Tap “view shop” to get the ingredients for this recipe delivered to your house (first order is FREE!) Recipe on the blog. Link in bio! www.icanyoucanvegan.com/easy-dragon-fruit-lemonade/
View on Instagram |
6/9 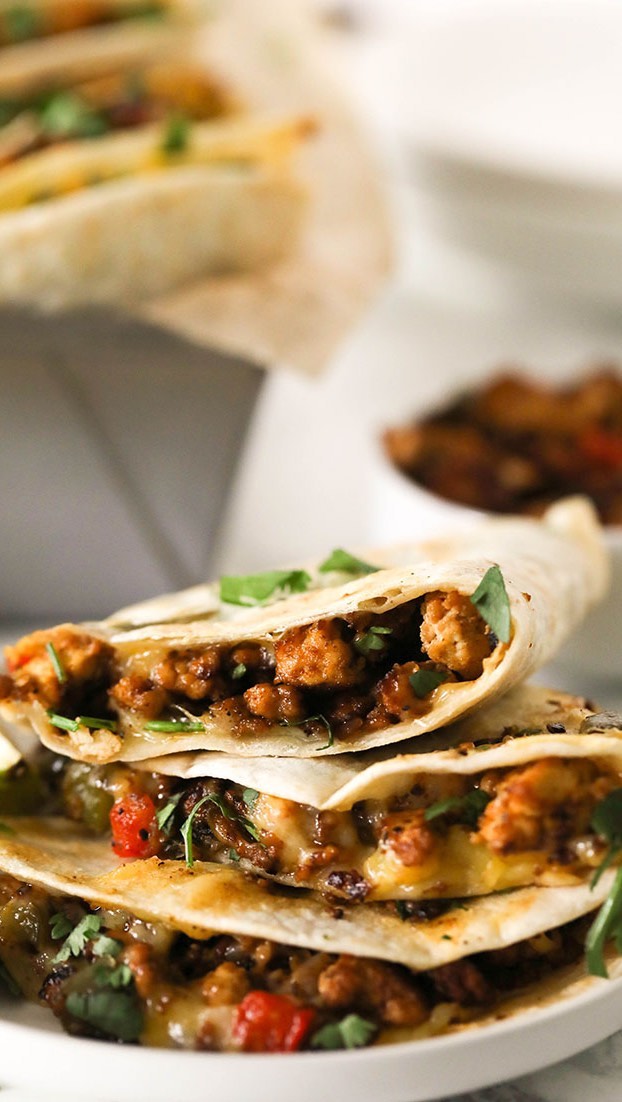 icanyoucanvegan
•
Follow
Raise your hand if you’re still working from home!🙋🏾‍♀️ This tofu quesadilla recipe is THEEE perfect WFH lunch you can whip up in no time! Pair this with some chips + Guac— better yet, my *new* corn salad (a few posts back) and you’ve got yourself a meal, folks!😋 ➡️ Tap “view shop” to get the ingredients for this recipe delivered to your house (first order is FREE!) Recipe deets on the blog. Link in bio! www.icanyoucanvegan.com/easy-vegan-tofu-quesadillas/
View on Instagram |
7/9

icanyoucanvegan
•
Follow
Who’s planning to make these?!?🙋🏾‍♀️ Give these Vegan Blueberry Streusel Muffins a try and I promise they’ll be your new fav thing too! ➡️ Tap “view shop” to get the ingredients for this recipe delivered to your house (first order is FREE!) Deets on the blog. Link in bio! www.icanyoucanvegan.com/vegan-streusel-blueberry-muffins/
View on Instagram |
8/9 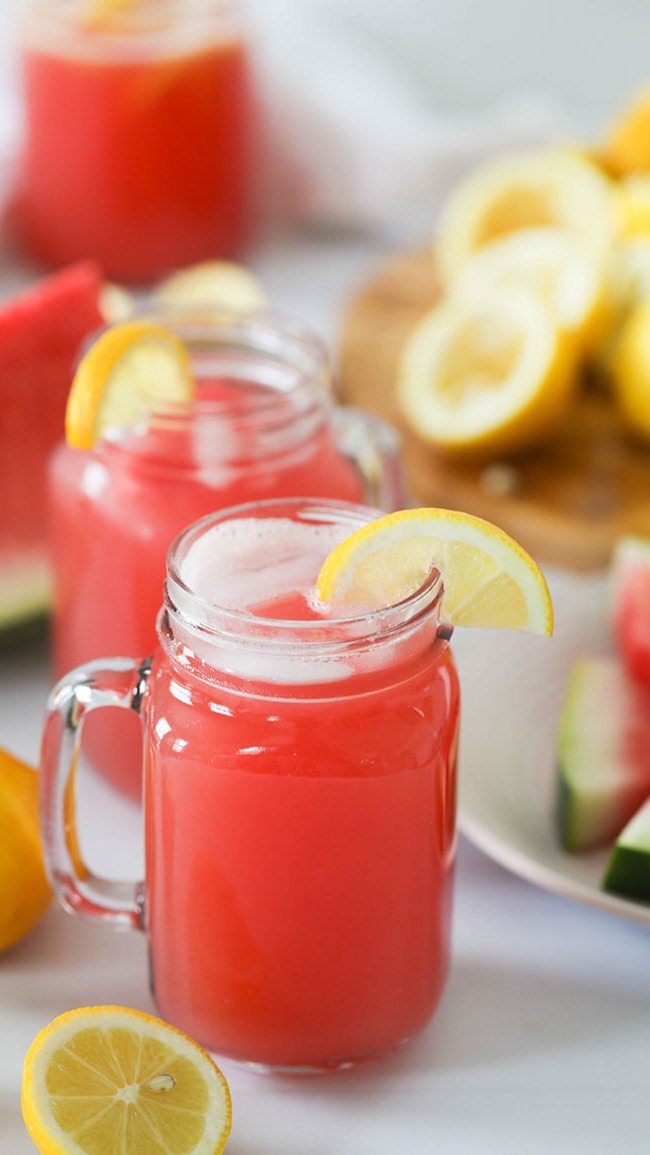 icanyoucanvegan
•
Follow
IT. IS. HOOOTTTTT!🫠 Cool off with this easy 3 Ingredient watermelon lemonade!🍉🍋 Are you planning to try this! Lmk! ➡️ Tap “view shop” to get the ingredients for this recipe delivered to your house (first order is FREE!) Deets on the blog. Link in bio! www.icanyoucanvegan.com/easy-watermelon-lemonade/
View on Instagram |
9/9
View on Instagram
57 shares