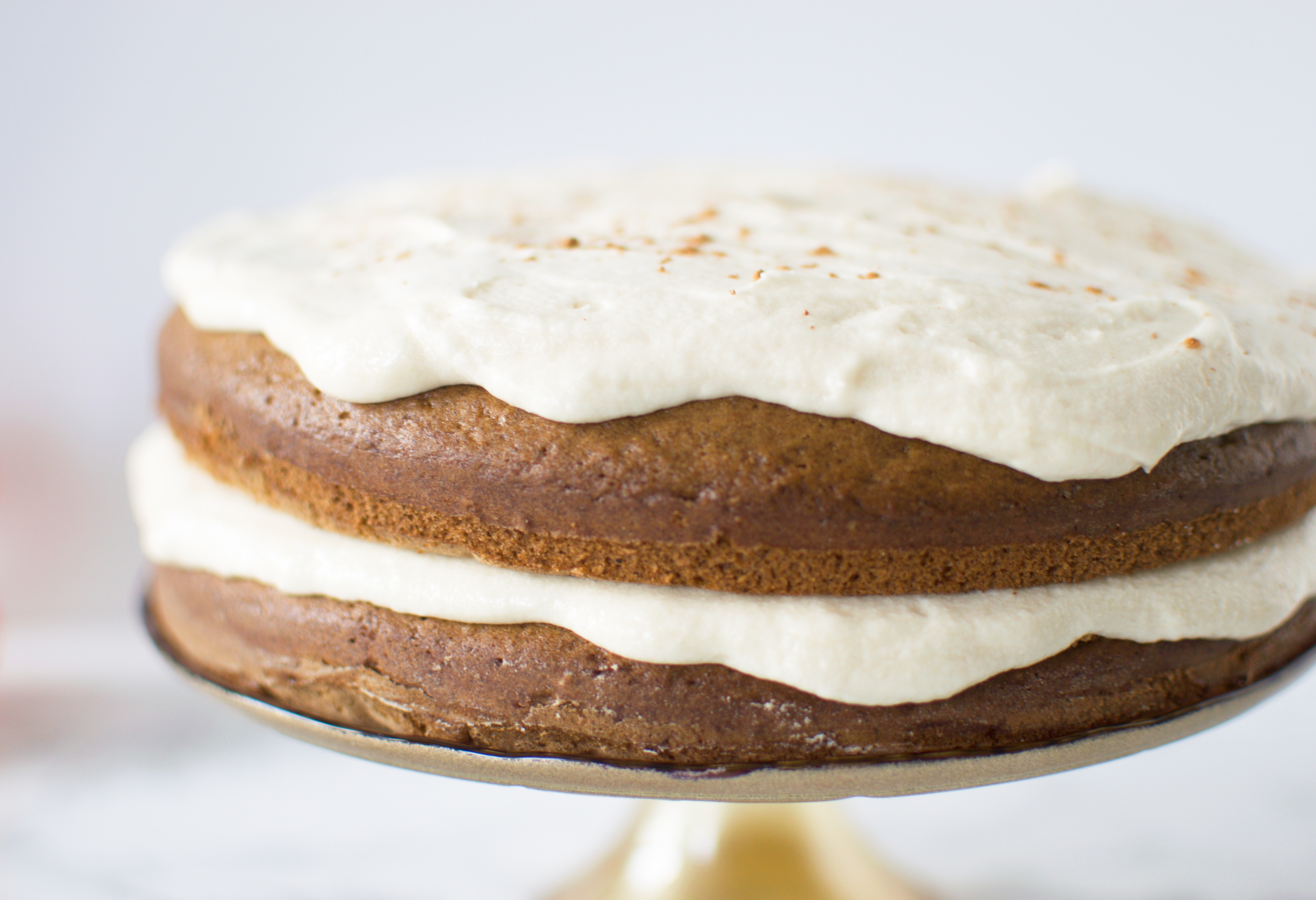 Mmm, mmm, mmmm!! Y’all, this vegan spice cake and whipped buttercream icing is SO DAMN GOOD! It’s officially fall and I’ve been doing a lot of baking lately. Last weekend I was in the mood to bake a cake so that’s exactly what I did. Not any cake though, a spice cake. It’s been entirely too long since I’ve had one of these. In fact, I can’t remember the last time I’ve had one. Clearly it was long over-due.

If you’re looking at the ingredient list and you’re overwhelmed, don’t be! Take a closer look and you’ll see that it’s mostly spices. You know, your typical spice cake necessities: cinnamon, nutmeg, ground cloves, allspice, and ground ginger. YUM! Baking this cake was super easy (my goal in life). Also, this was my first time using a vegan egg replacement. Well, a real one. I typically use applesauce or flax eggs to sub for eggs. If you don’t have a vegan egg replacement, I think flax eggs would work as a great substitute. My favorite part about this vegan spice cake is that it can be made in just ONE bowl! Doesn’t that just make life so much easier?

Okay, so I baked this cake, took photos, and of course sampled it. I immediately gave it to my husband because I knew this cake was going to be a problem. Y’all, it’s so good and the icing is smooth and light! I stored one piece in the fridge, wrapped up two pieces for my dad and froze the rest! If I left this cake out I knew it would disappear QUICK!

The whipped buttercream icing is definitely going to be in heavy rotation going forward. I like that it’s not too thick and it’s really simple to make. Also, I like that it’s not too sweet. If you’re trying out this recipe, I would certainly taste the icing as you’re adding in each cup so that the final product is to your liking. I think y’all will really enjoy this cake! I’d gladly eat spice cake year-round, but there’s something about it that feels perfect for fall. Right?!

This cake is moist, perfectly seasoned, and perfectly sweetened. Give this recipe a try and let me know what you think of it in the comments below! 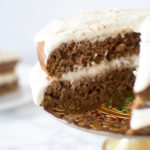