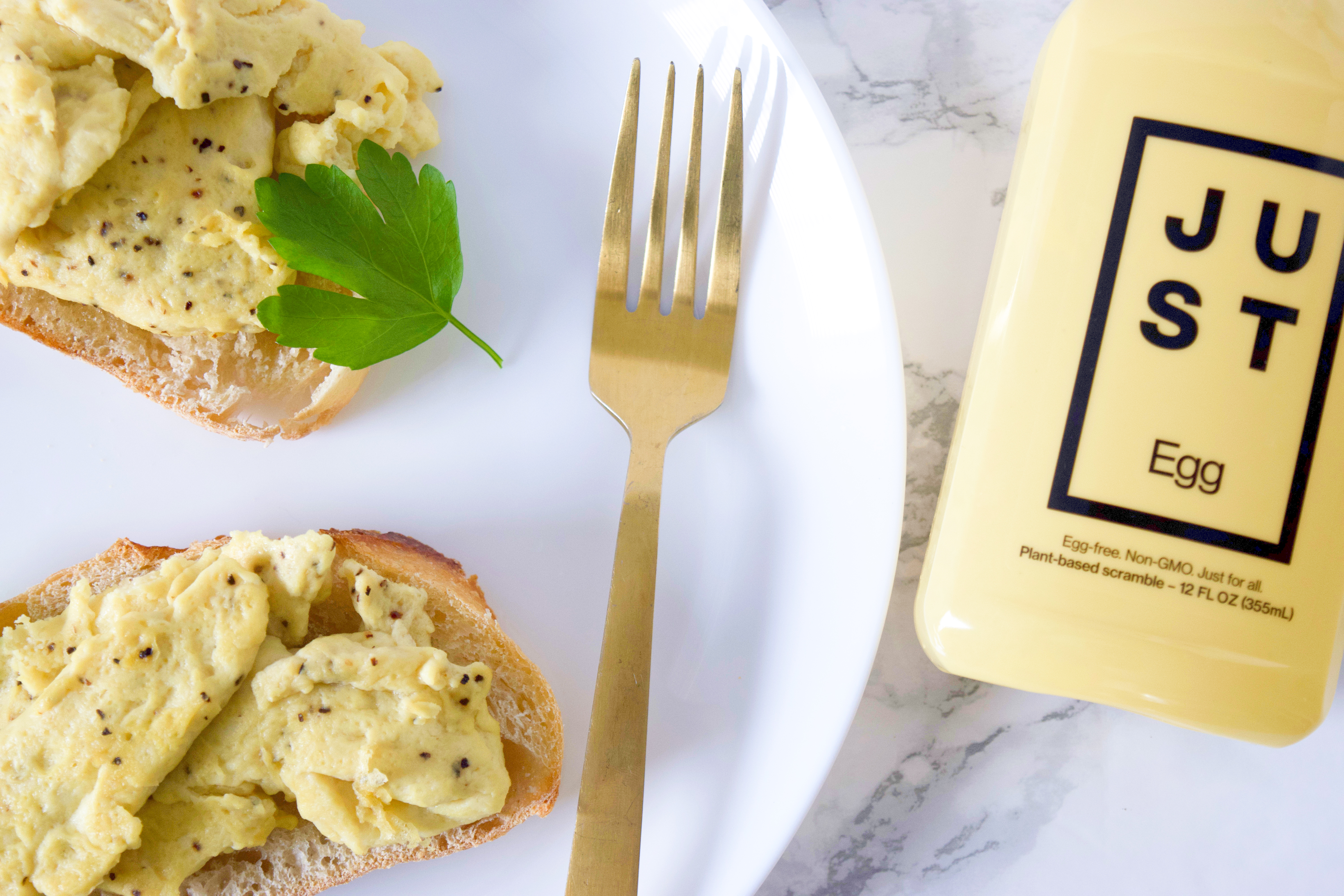 I’ve been waiting to try the Just For All Egg for what seems like forever. When it first hit the internet, I was BEYOND excited to learn about a vegan egg that actually looks and tastes like the real thing. Initially it seemed too good to be true. I wondered how it would be possible to successfully replicate such a thing. Especially because eggs were such a big part of my diet before going vegan. I ate them at least four times per week and frequently used them in recipes. It took me a while, but I finally got my hands on it and in this post I’ll be sharing my Just For All Egg Review.

Just For All Egg Review- Texture

Texture is a huge part to making anything vegan taste like the non-vegan version. I’m happy to report that the texture of the finished product was spot on. I didn’t touch the batter straight out of the bottle to determine whether or not it had the same consistency as a beaten egg, but it looked about the same.

After I finished cooking the Just For All Egg over the stove, I bit into it hoping that the texture would be consistent with a traditional egg and it certainly was. For someone that hasn’t eaten a real egg in over two years, it was highly reminiscent of the real thing. I couldn’t believe what I was eating. I’ve had a pretty disappointing experience with a powdered vegan egg in the past, so as you might imagine this was a welcomed surprise.

Just For All Egg Review- Taste

This is likely the part that you’re most curious about, so I’ll make it plain. The taste of the Just For All Egg was extremely consistent with that of a real egg. I absolutely, positively loved it.

I cooked it exactly as I would a normal egg- a little olive oil on the pan, then sprinkled the egg with a little salt and pepper as it cooked. During my first round with it, I wanted to be able to truly taste the egg without the influence of any add-ins like cheese, onions, or peppers. Therefor, I kept it simple and enjoyed it over a slice of lightly toasted sourdough bread.

I ate the first bite in disbelief. My initial thought was “how in the world did they create this?!” Every bite thereafter was a blur. Everything on my plate disappeared in a matter of moments. I simply remember looking down at my plate and wondering where the rest of it went. Convinced that I couldn’t have eaten it all that fast. Yep, it was that good.

Even though I should have been able to get a few more servings out of it, I only managed to get three. The second time I ate the Just For All Egg with a homemade biscuit and vegan cheese. Once again, it disappeared in seconds. It was like a trip down memory lane. A taste you just don’t get with a vegan tofu scramble (though I still love those). The third round with the egg was my grand finale. I decided to try it as an omelet. As you might notice from the picture below, it’s possible that I got a little too excited adding in all of the veggies. I ate it with another biscuit and I thoroughly enjoyed. It was my last hoorah and I was determined to go out with a bang. Y’all, it was everything I’d hoped for!

Just For All Egg Review- Things to Know

Where to find the Just For All Egg:

If you’re looking for the Just For All Egg, you’ll certainly want to keep an eye on social media and this store locator link. I say social media, because that’s how I found out that it was at a store in my area (Coco Bean Vegan Market). They posted about it on Instagram and I was able to secure a bottle by pre-paying over the phone (yes, it was THAT serious). This store isn’t listed on the Just For All website (yet), so I would imagine that there are other small retailers who are selling it as well. Perhaps even in your area!

Wondering what Just For All eggs are made of? I was curious too. Its main ingredients are mung beans and turmeric. Mung beans are traditionally rich with vitamins and minerals, while turmeric provides the yellow color that makes this egg alternative appear more like the real thing. I’ve never met a bean I didn’t like 🙂

Whew. This one was tough y’all. $9.49 is what I paid for this glorious egg substitute. Almost $10! Though the price is terribly off-putting, it was most definitely worth the splurge. Will I be buying this again? Perhaps in a few months. I can justify most vegan substitutes, but $10 for “eggs” is a tough pill to swallow. Especially because it’s only a 12 oz. bottle, in which I only managed to get three servings out of. Let’s be real… You can buy a dozen real eggs for $1.50. See the problem?! I will admit, the serving size is 3 tablespoons but after measuring this portion out, it I knew it wouldn’t be enough for me. I usually made about 5-6 tablespoons worth.

My hope is that once the product “normalizes” a bit, the price will steadily decrease to something a bit more reasonable. I would be willing to pay $5-$6 dollars on a semi regular basis. In the meantime, I’ll stick to tofu scramble.

The Just For All Egg creators did an eggcellent job coming up with such an amazing egg alternative product. I would definitely purchase it again (but not regularly because of the price). The taste is amazing and it appears to be super versatile. Yes– it’s pricey, but in this world of endless vegan possibilities I’m sure it’s on its way to becoming more mainstream and overtime the price could lower.

Have you tried this new vegan egg? I’d love to know what you thought of it! Let’s chat in the comments below! 🙂 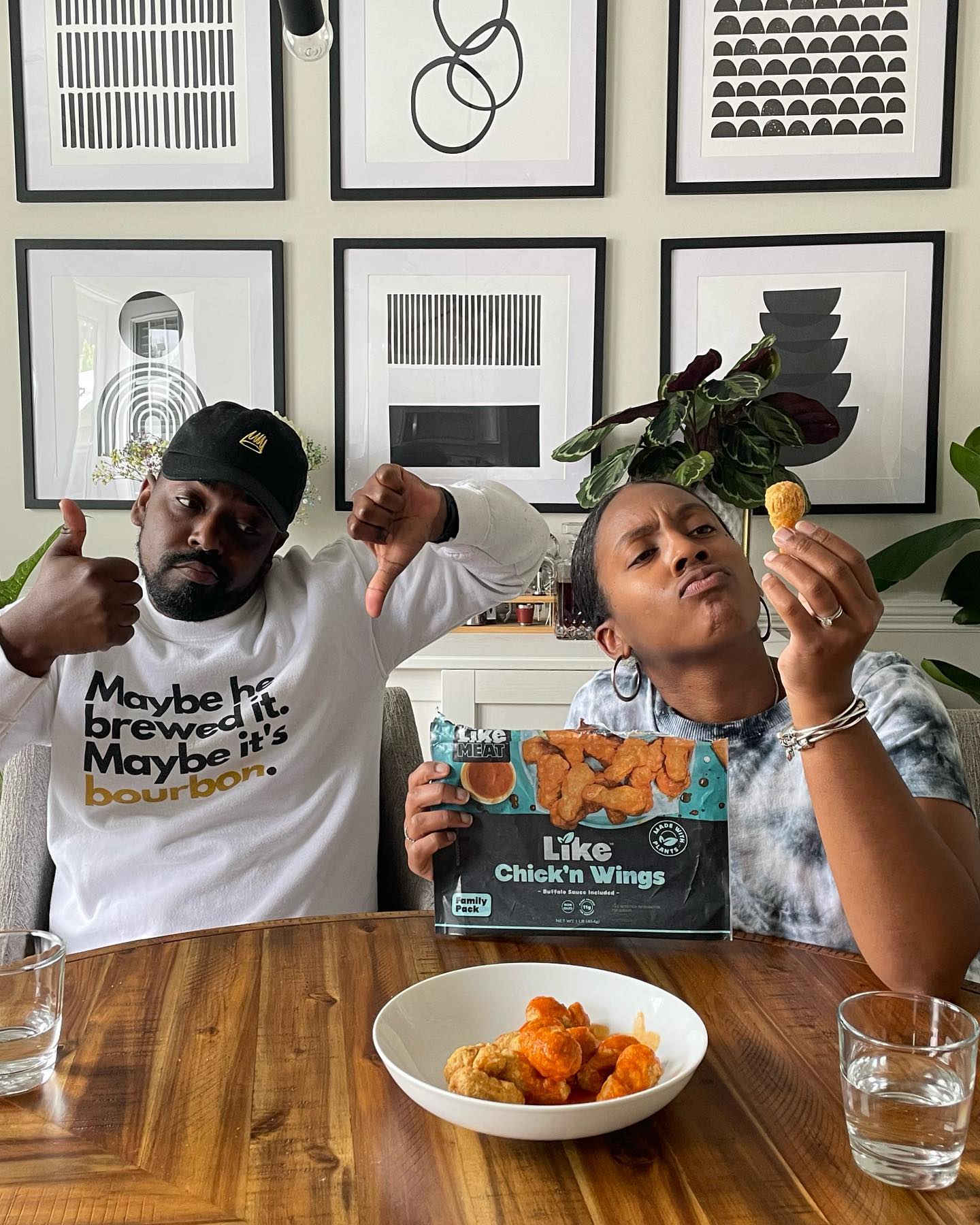 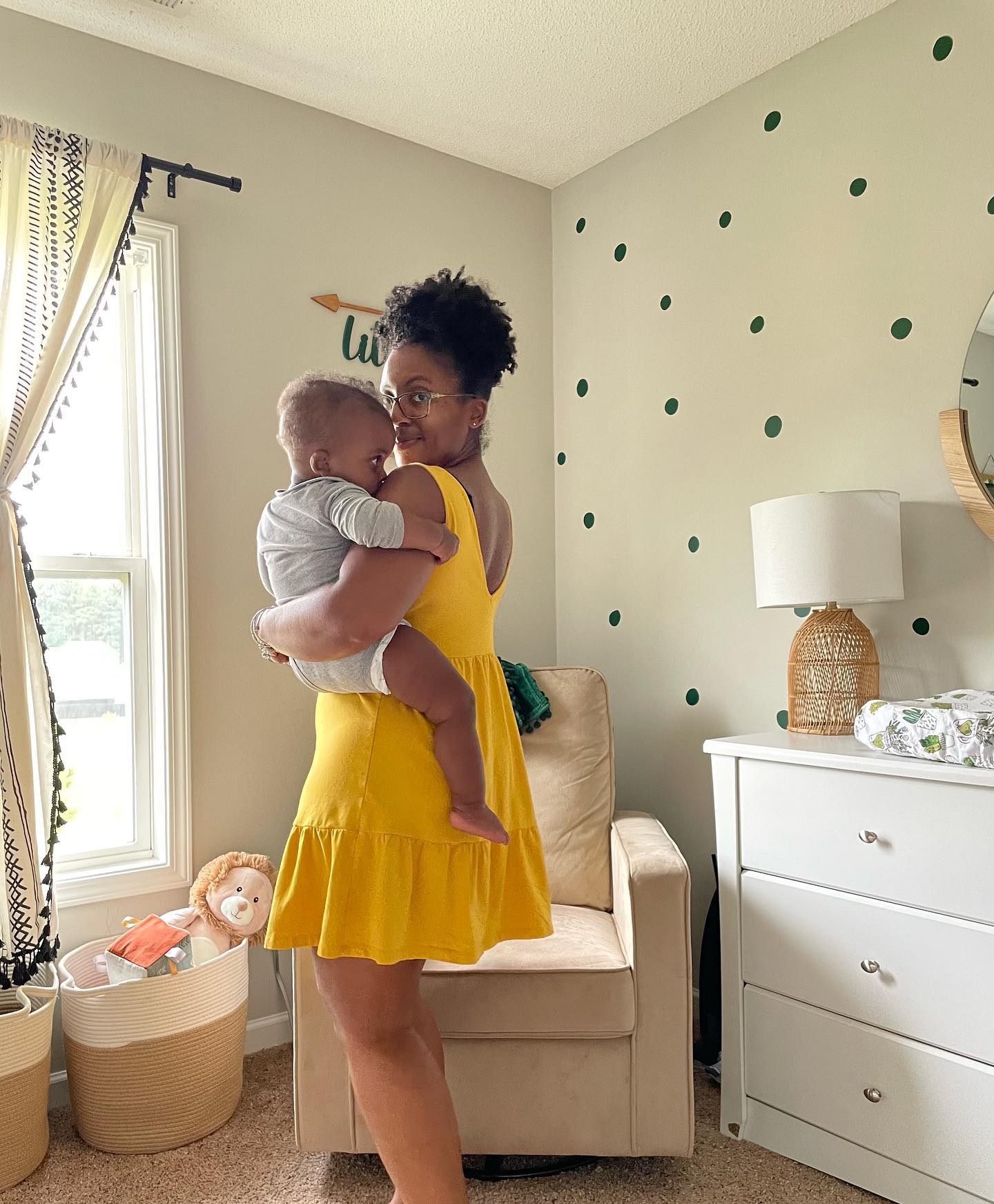 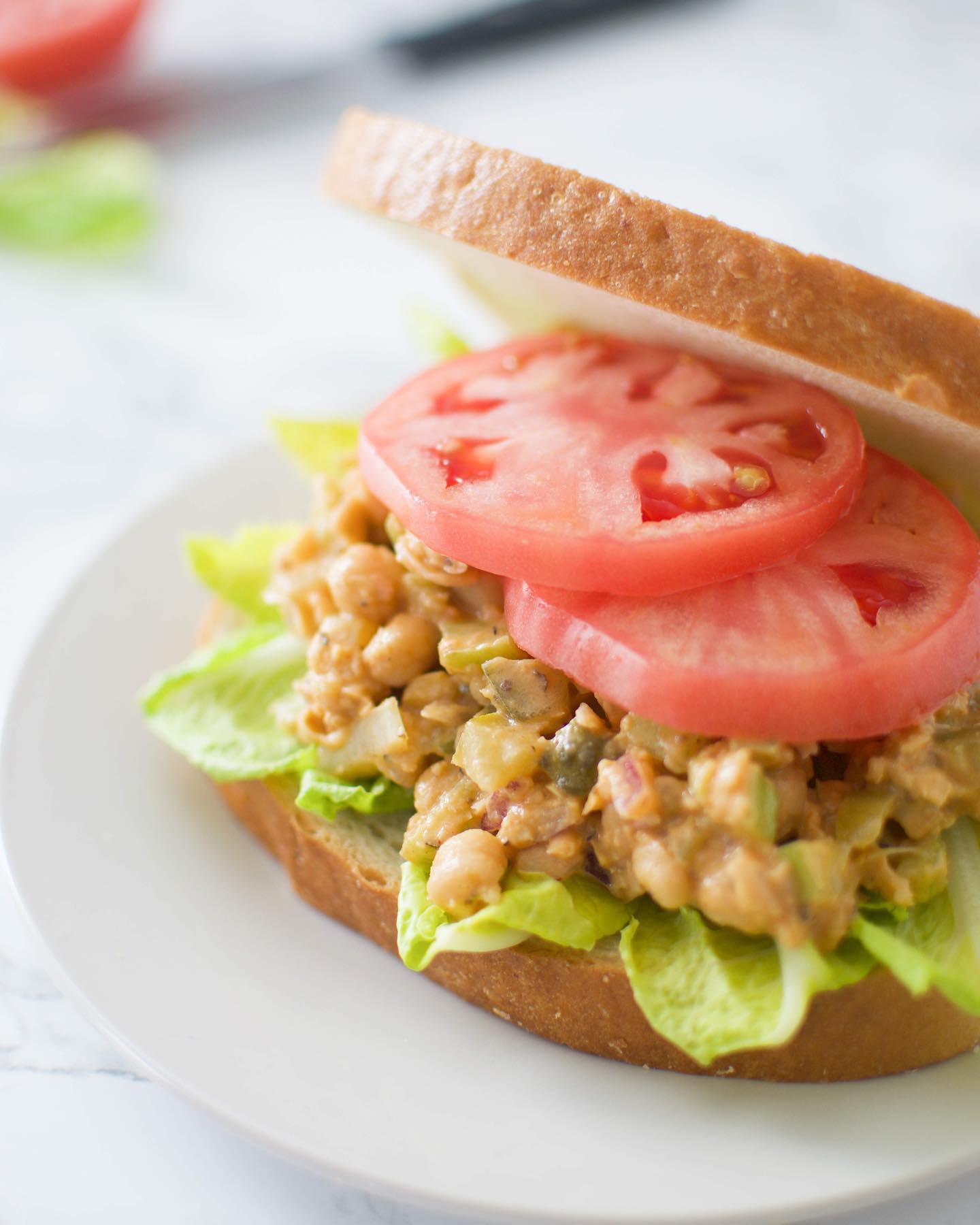 icanyoucanvegan
•
Follow
If you’re looking for an easy, light sandwich to make this summer, look no further! This Vegan Chickpea Tuna is in coooonstant rotation at my house (year-round), but especially when the temperatures start warming up because it’s so light and refreshing.👌🏾 You can eat it between two pieces of bread, scoop it up with crackers, or even use it to fill a lettuce wrap. Not to mention, my kid LOVES THIS STUFF! He can’t get it in his mouth fast enough🤣 Give this a try and be sure to share it with your littles and tell me what you think! ➡️ Tap “view shop” to get the ingredients delivered to your house (first order is FREE!) Get the deets on the blog. Link in bio! www.icanyoucanvegan.com/chickpea-tuna-less-sandwich/
View on Instagram |
9/9
View on Instagram
190 shares