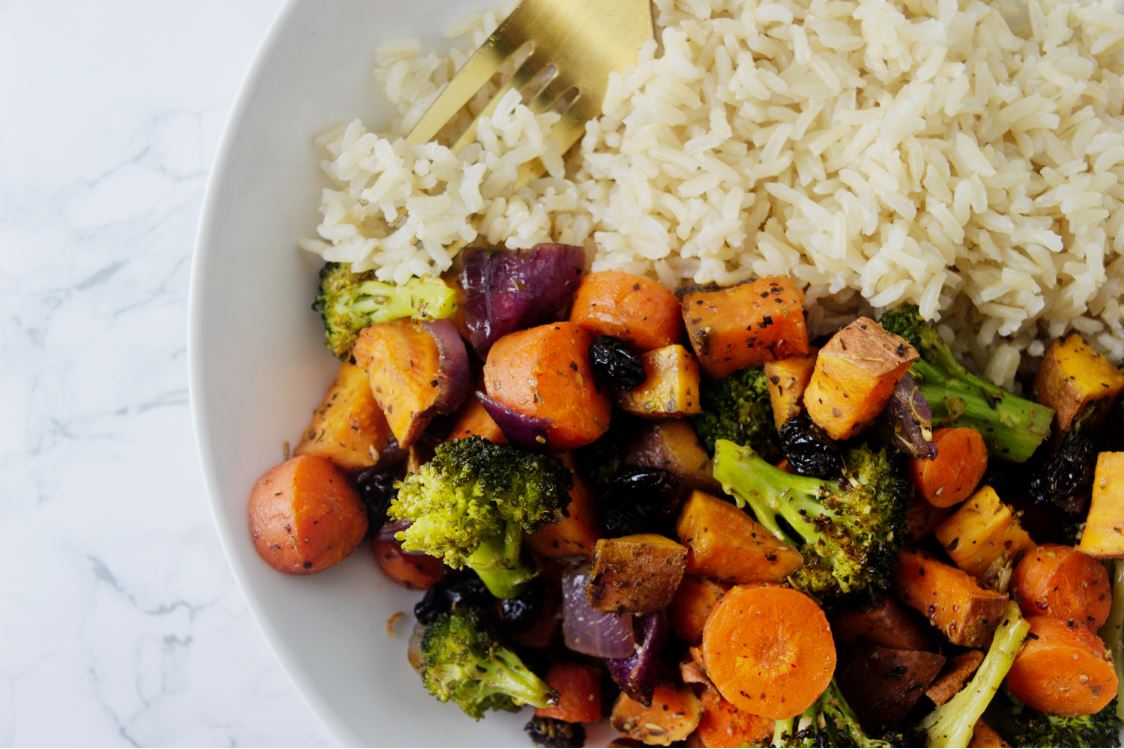 Sometimes I just want a simple meal. One that doesn’t require a lot of prep or thought. Just something I can cook and toss in a bowl over some rice and call it a day. I think one of the common misconceptions about eating plant-based is the idea that eating this way requires a lot of work in the kitchen. Welp, it’s not true! 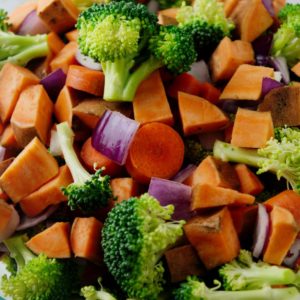 Now I realize that since I’m one of those people who actually enjoys cooking it may seem a little hard to believe coming from me, but it’s true! Just have a look at the ingredients below. I’m all about saving money at the grocery store, so I prefer to purchase whole items instead of fruits and veggies that have already been pre-chopped or diced. However, if it’s easier for you, I’ve noticed that a lot of stores are selling items like sweet potatoes, broccoli, and carrots already cut. This will help you to save time in the kitchen!

Since you’ve already looked at the ingredients, you might have noticed the raisins. This may have caught you a little off-guard, but I promise it’s good! One of my favorite cuisines to eat is Thai food. While I was in Thailand, I had more plates of pineapple fried rice than I care to count! In the pineapple fried rice, there’s always raisins which is my favorite part. Rice and raisins have always been one of those pairings that I just can’t get enough of! Which is why I try to sneak them in whenever I can. Hence, the ingredients for this meal. If you’re not a raisin fan, you can reduce the amount of raisins, or simply leave them out. But trust me, you’re missing out! There’s so much to love about rice and raisins so I encourage you to give them a try! They add something special to the meal that gives it flair. 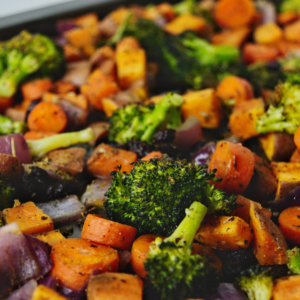 Ready to taste what I’m talking about? Well get to it! Let me know what you think in the comments below! 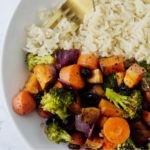