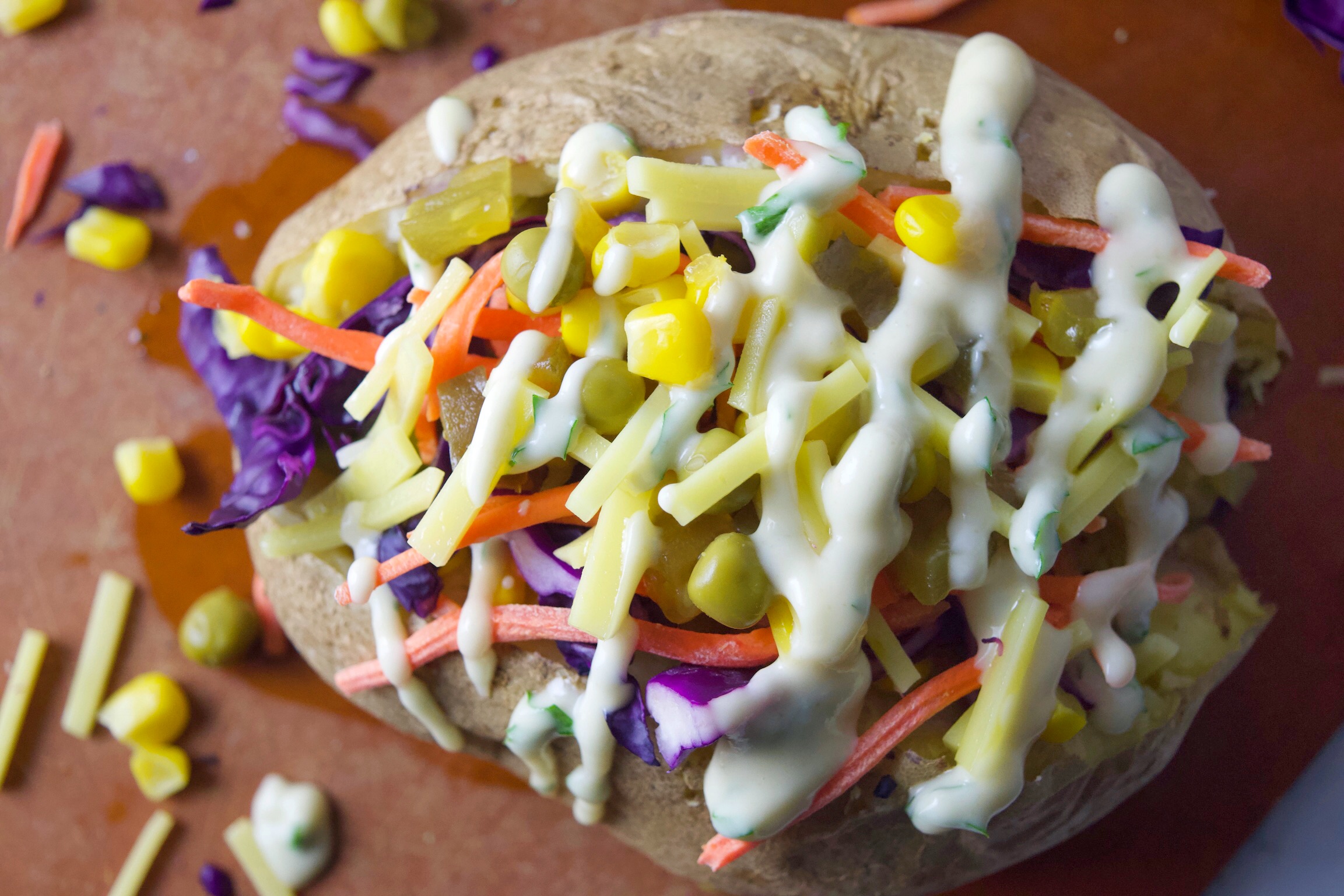 This dish was inspired by my summer travels to Istanbul, Turkey (if you missed the post, here it is!). In researching common street foods for Istanbul, Kumpir was one of those that came up quite frequently. In fact, once we started roaming around, Kumpir was EVERYWHERE!

“What is Kumpir?” you might ask… Plain and simple, it’s a baked potato stuffed with everything under the sun. From my observations, the spots that have Kumpir are usually set up similar to a Subway or Chipotle. You start with the base, typically cheese (LOTS of cheese) and butter (LOTS of butter) that’s mixed in thoroughly with a baked potato until the insides stretch as if the whole thing was made of cheese. Next, you move through the line adding in whatever toppings you want. Everything from veggies like corn, olives, and carrots to what appeared to be diced ham. 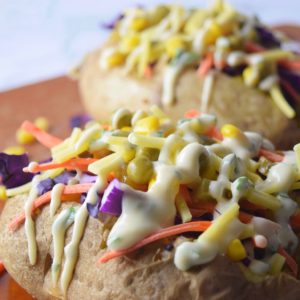 I can’t lie, I was close to veganizing one of these, but I didn’t. Instead, I lived vicariously through my husband’s 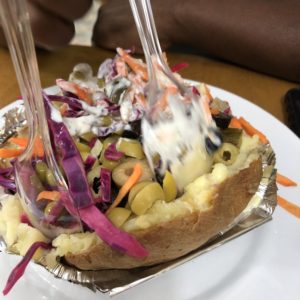 experience. He ordered one with “the works.” As you can see here, there’s a little bit of everything inside and it’s all topped with ranch dressing. Needless to say, my husband devoured this thing in minutes. You can tell he was ready to go to work on it immediately because I couldn’t even manage to get a photo of the item without the spoon blurred!

The reason I chose to skip out on this was because I was confident that I could make one at home that was comparable to the ones in Turkey. I wanted the full experience WITH vegan cheese, butter and ranch! So that’s exactly what I did. Whenever I’m traveling and come across something I want to recreate at home, I simply add it to a list on my phone. This Kumpir was right at the top.

This post is less of a recipe, and more of a “dinner inspo” post. I didn’t cook the potato any special way. In fact, I tossed it in the microwave while I prepared the ingredients to stuff the potato with. Here’s what I used: 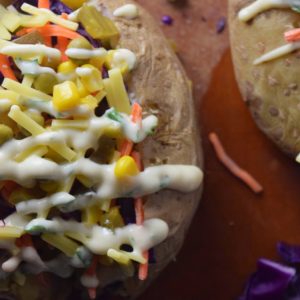 Once my potato was finished, I tossed in a good helping of vegan butter and cheese and mixed it around until everything was melted. Then I simply stuffed the potato with the rest of the ingredients listed above and topped it off with some homemade ranch. Folks, I was livin’ the dream.

Oh, and yes. My husband ate one too and would you believe that he said it tasted like the one he had in Turkey?! I was SHOCKED! Deryle is a bit of a picky eater and if he doesn’t like something, he’s sure to let me know! Anyways, give it a try and let me know what YOU think!