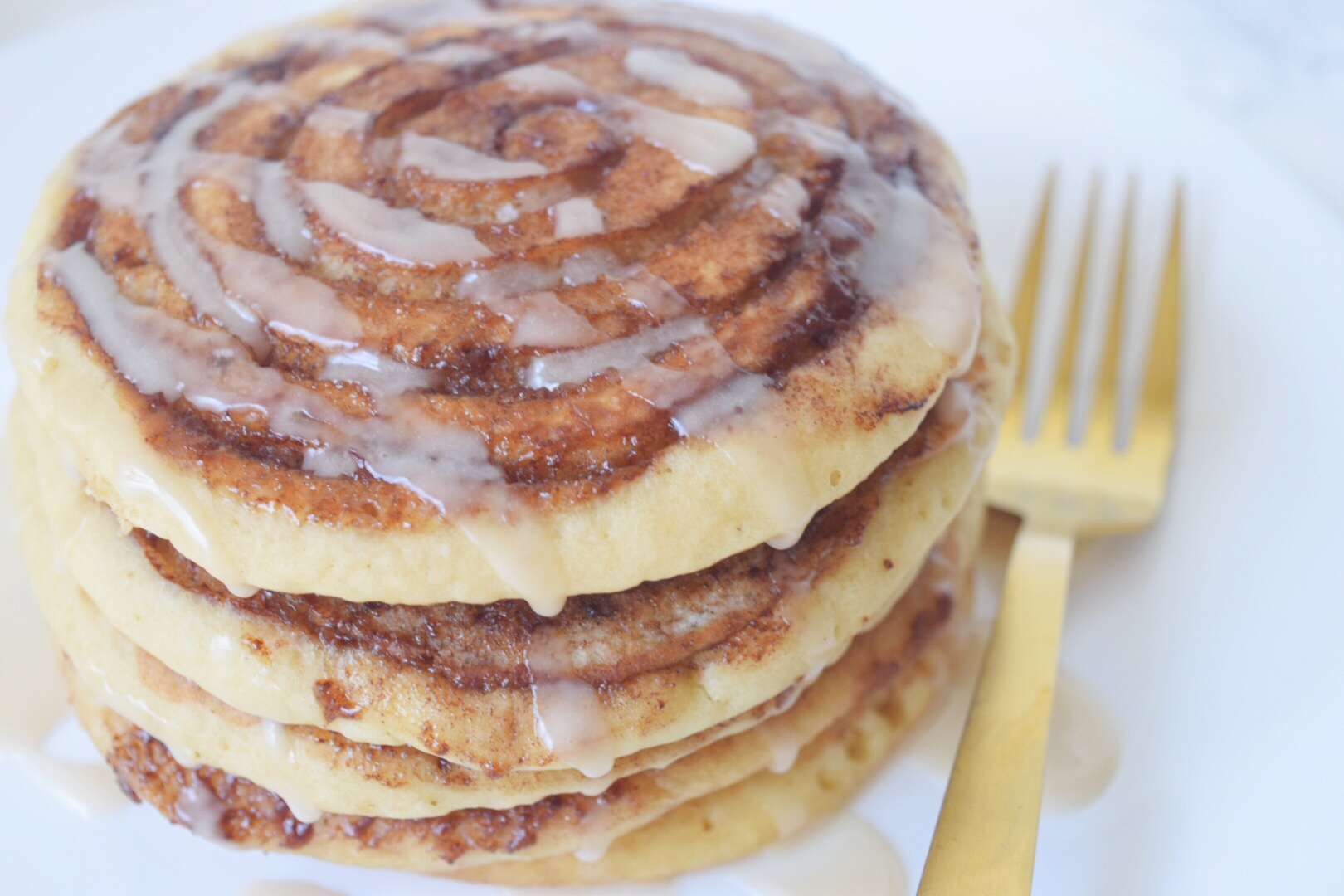 If you love cinnamon rolls, you’ll love these easy vegan cinnamon roll pancakes! I’ve been wanting to share these with you all for a while, but couldn’t find the time for a re-do. The first time I made these, the taste was there, but the presentation wasn’t. I was convinced that I could make the swirls work by using a plastic baggie, cutting a small hole in the corner and proceeding as if I were making swirls on a cupcake. Well folks, that didn’t work out so well! The swirls were clumpy and inconsistent. I knew that I had to get my hands on a squeeze bottle for the next go round. 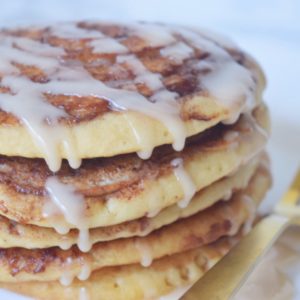 The squeeze bottle worked like a charm! I found it at Walmart for $1. As long as you apply consistent pressure, the swirls on your cinnamon roll pancakes should come out perfectly! And if for whatever reason they don’t, they’ll still taste good 😉 One of the things I experimented with when trying out this recipe, was by subbing the butter in the cinnamon swirl mixture with coconut oil. Well folks, I must admit the coconut mixture lost the battle. The coconut flavoring was a little too present for me. however if you’re obsessed with coconut, you might like it! 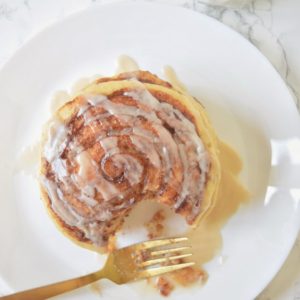 In the casual conversations I’ve had, it surprises me how many people don’t freeze a lot of foods. Growing up in my house, we froze most everything! Even bread! Pancake mix was no exception. If you’re cooking for yourself and don’t want to waste any leftover batter you have, why not save it for another weekend? Just pour your leftovers into a container, label it (I use regular scotch tape and write the contents and date on it with a sharpie) and stick it in the freezer! When you’re ready to use it, simply remove it from the freezer the night before and place it in the fridge. When you wake up the next morning, give it a little stir and start cookin’!

Do you plan on trying these cinnamon roll pancakes? When you do, let me know what you think in the comments below! 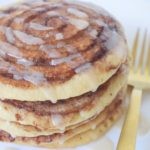