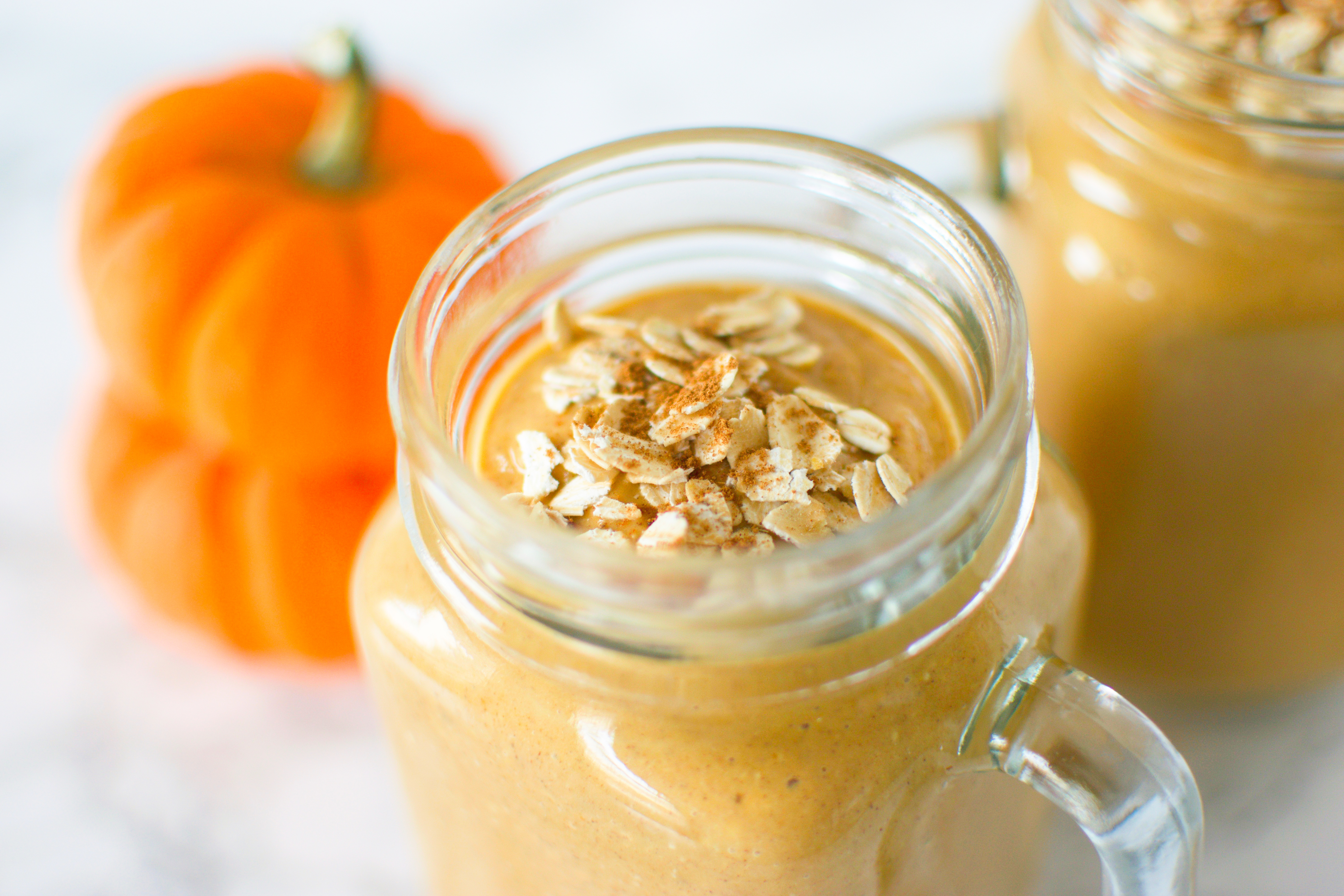 Reality has finally set it in. It is indeed FALL. Y’all know I’m a summer gal, so I’ve been in denial about the seasons changing for the past few weeks. Any opportunity I got to continue wearing sandals, I took it. Now we’ve finally reached a point in North Carolina where it’s pretty consistently cool. Somewhere around the mid sixties. Since April I’ve been doing raw breakfasts which usually involves a smoothie I’ve meal prepped for the week. I’ve made oatmeal smoothies before, but recently I’ve been doing it WAY more frequently. It almost feels like I’m getting a two for one special. Oatmeal AND a smoothie! Traditionally I make strawberry or spinach smoothies, but since it’s fall, I decided to switch things up a bit and try a Pumpkin Spice Oatmeal Smoothie instead!

As I’ve said before, I just recently decided to hop on the pumpkin wagon last year. I did some experimenting and I think it’s safe to say that I’ll definitely be continuing this in the future. One of the things I enjoy most about adding oatmeal to my smoothies is that it makes them so creamy and thick! I add a banana to my smoothies regularly just out of habit, but if bananas aren’t your thing, I’m sure you could omit the banana and still get a tasty, thick smoothie.

For this recipe, I used almond milk, but I’m confident that any plant-milk will do. I looooove how creamy and smooth oatmilk is, so next time I make this I’ll probably try to use that. Almond milk is a staple in my home, but every now and then I like to switch things up.

I made this Pumpkin Spice Oatmeal Smoothie for breakfast (meal prepped of course) and every morning I woke up excited to gulp this down. In a way it almost made me feel like I was getting away with something I knew I shouldn’t be. Almost like eating dessert for breakfast… but not! Adding in the vanilla extract and pumpkin pie spice mix definitely played a huge role in the deception!

If you’re looking for an excuse to enjoy more pumpkin treats this fall season, I’d definitely recommend giving this a try! It’s creamy, thick, and super pumpkiny! If you try it, let me know what you think of it in the comments below! 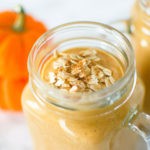