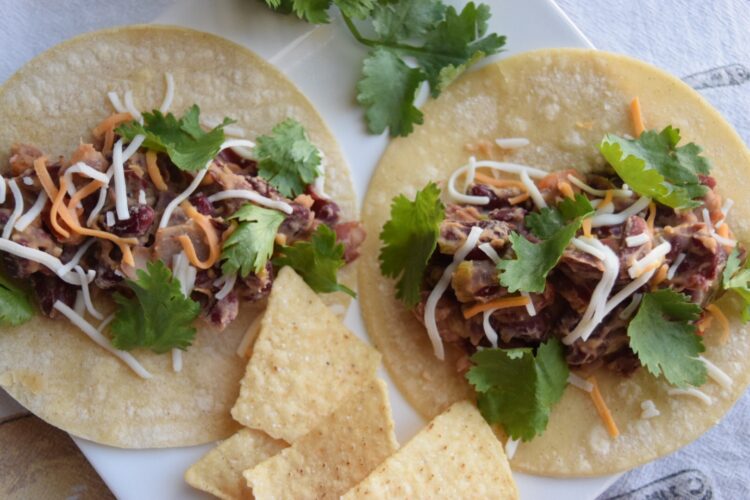 Did you ever watch Rev Run’s Sunday Suppers? It used to come on the cooking channel a while back. If I’m not mistaken, you might even be able to find it on Netflix. Any who, Rev Run’s daughter, Angela Simmons, appeared on an episode and she introduced the family to her re-fried beans recipe (here). It looked so easy (and delicious) that I always said I wanted to give it a try. Today was the day!

I followed the directions for the most part, only I used a combination of green and orange peppers instead of red as the directions suggested. I had to make due with what I had! This recipe was pretty easy and self explanatory.

I ended up using the bottom of a glass to mash the red beans; another example of making due with what you have and it worked great! The recipe suggests using a potato masher, but I didn’t have one.

This Re-fried Beans recipe is sure to a be home run for any Mexican food lover. It’s easy and comes together pretty quickly! I topped my little tacos with vegan cheese (Daiya) and paired it with a side of chips and salsa.

Have some Re-fried Beans leftover? Pack it up and take it for lunch the next day! 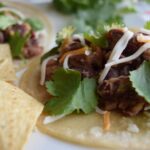