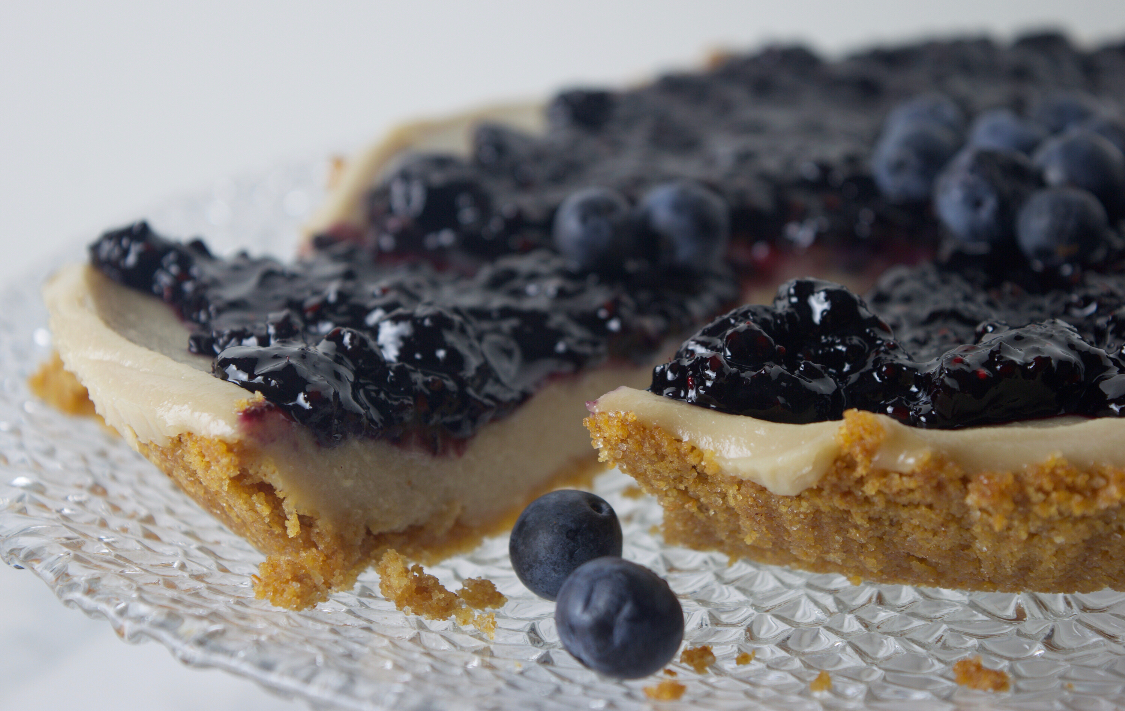 I’m SO excited to share this dish with you all! Last year, I experimented with a completely raw vegan cheesecake and was impressed. However, I felt that I could make it taste even better and closer to the real deal. Cheesecake was one of those desserts that were my absolute favorite prior to adopting a plant-based diet. Until discovering the magic that is cashews, I was dealing with a minor case of withdrawals. 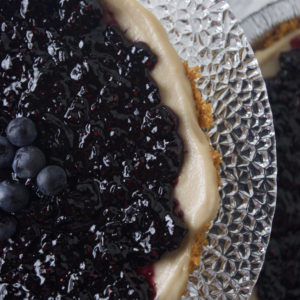 After my first attempt at a fully raw cheesecake, I felt like something was missing. As a result, I yearned for a more traditional crust. The raw one was good, just not exactly what I had in mind. I decided to experiment with what I call a “half-baked cheesecake.” Here’s what that means… the cheesecake portion is still raw, but the crust is not.

In an effort to create a more traditional crust, I decided to whip up a graham cracker crust in the food processor. I then bake it in the oven for a few minutes in order to harden. Next, I added the cashew mix on top of the crust and allowed it freeze overnight (because I was babysitting my rambunctious nephew and forgot about it, haha!). The next day, I transferred it to the fridge while I made the mixed berry compote (using this recipe, but 4 times as much). After it cooled, I added it to the top and voila! Two perfectly amazing cheesecakes were waiting to be devoured! 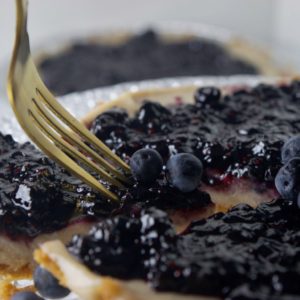 My husband (who’s somewhat of a picky eater…) really enjoyed it. I could tell because he ate more than one slice, and so did my dad! I was feeling generous, so I decided to share the second pie with my coworkers. It was a hit with them too! This half-baked cheesecake is the perfect item to take to a gathering of any kind, because who doesn’t like cheesecake?! It’s unbelievable how much it tastes like the real thing! My only regret is not being able to find a deep-dish pie pan soon enough. Why a deep dish? Thicker crust and more cheesecake in every bite!

So what are you waiting for? Give it a try and let me know what you think in the comments below! 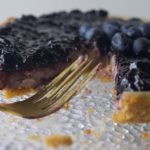 Note- The coconut cream should be stored in a cool-dry place in order to thicken, as you will need the hardened cream found at the top of the can. If it's too warm, the entire can will liquefy.